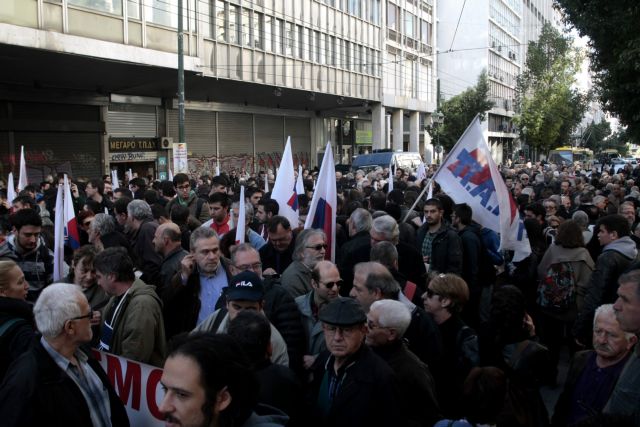 Clashes broke out between riot police and members of the All Workers Militant Front (PAME) outside Parliament shortly after 1pm on Friday. According to reports, the clashes broke out when protesters tried to go through a police block on Vas. Sofias Avenue.

Earlier, the public sector trade union ADEDY carried out a protest outside the Ministry of Labor against the imminent pension system reform. PAME protesters also demonstrated against the planned reform outside Maximos Mansion.