The civil partnership bill finally passed through Parliament on Tuesday evening, with support from opposition parties and MPs… 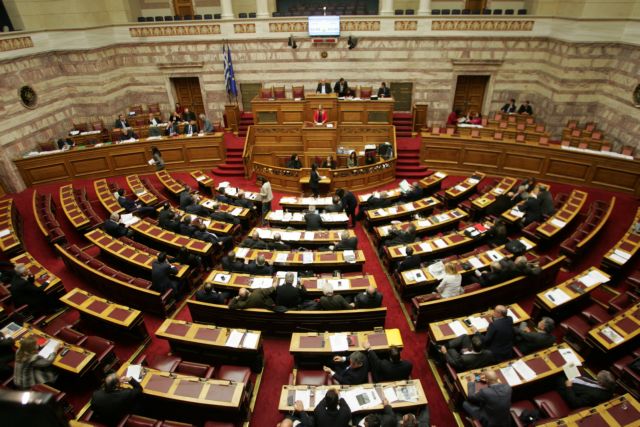 The civil partnership bill finally passed through Parliament on Tuesday evening, with support from opposition parties and MPs, amid major tension as MPs clashed and exchanged harsh words.

New Democracy, which has yet to elect a leader, was split in three with 19 MPs supporting the bill (including provisional leader Yannis Plakiotakis and candidate Kyriakos Mitsotakis), 29 voting against it and a 27 choosing not the be present for the vote (including the other candidate Evangelos Meimarakis and former party leaders Kostas Karamanlis and Antonis Samaras), thus avoiding it all together.

Although the junior government partner Independent Greeks had previously announced they it would vote against the bill, 3 of party’s 9 MPs decided to support the bill. Support for the civil partnership bill also came from PASOK, the River and the Union of Centrists. The Communist Party and Golden Dawn voted against it.

During the debate in Parliament, MPs from both the government and opposition clashed over the bill, with New Democracy noting that the bill must directly address the issues of marriage, adoption and citizenship of same-sex couples. The Minister of Justice Nikos Paraskevopoulos responded that changes introduced addressed these concerns, however New Democracy insisted they were insufficient.

The River MP Giorgos Amyras and Independent Greeks MP Konstantinos Katsiskis exchanged harsh words in Parliament. The Independent Greeks MP called homosexuals “sexually perverse” and claimed that “the Greek family cannot be harmed by couples with various sexual orientations”. Mr. Amyras responded to the homophobic statements and quipped that sex with Mr. Katsikis would be «considered bestiality«. As expected, the conflict between the two escalated, requiring the intervention of the President of Parliament.