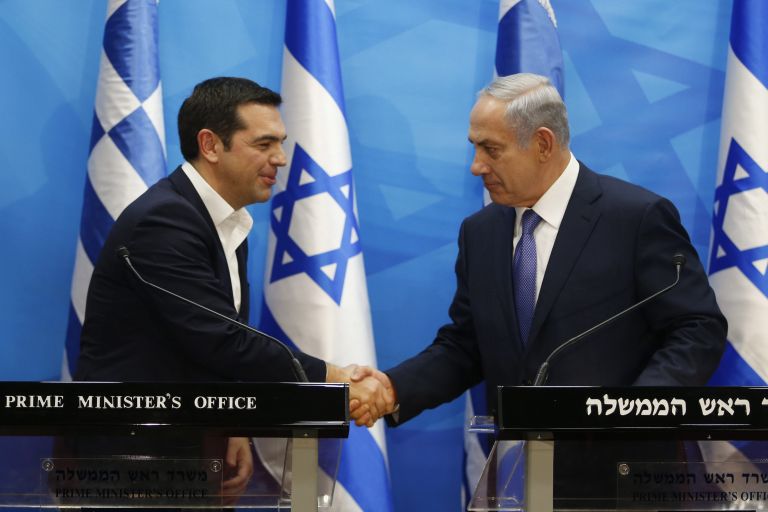 The common bonds of friendship between the Greek and Israeli people were highlighted in the joint press conference of Prime Ministers Alexis Tsipras and Benjamin Netanyahu, which was held on Wednesday.

The Greek PM underlined that while bilateral relations have greatly improved in recent years there was further room for development, particularly in tourism, energy and culture. Mr. Tsipras focused on the energy sector, noting that trilateral talk with the participation of Cyprus will be planned.

Additionally, the Greek Prime Minister referred to the threat of jihadist terrorism and the need to end the civil conflict in Syria. He also stated that in his talks with his Israeli counterpart on the Palestinian issue, he was troubled by the escalation of violence, but argued that Athens wants to play a constructive role towards resolving the major problems at hand.

The Israeli PM noted that the two countries have a long-standing strategic partnership and that both face major challenges, such as violent religious fundamentalism. Mr. Netanyahu commented that he is aware of how difficult it is to rebuild an economy and expressed his trust in the Greek PM. He also stated that he will encourage Israeli investments in Greece, while noting that the long-term friendship between the two countries will continue to grow over the years.

According to sources, the strategic goal of Athens is to crate a hub for storing and utilizing liquefied natural gas in the north of Greece. There is also the possibility of creating a pipeline to from the energy fields in the Mediterranean (Cyprus, Israel and Egypt) towards Greece and Europe. The same sources argued that construction of such a pipeline would depend on geopolitical developments and security in the greater region.

On Thursday PM Tsipras is scheduled to meet with Palestinian leader Mahmoud Abbas in an effort to confirm the traditionally warm relations between the Greek and Palestinian people. Mr. Abbas is also expected to visit Athens on the 21st and 22nd of December. PM Tsipras will also visit the Greek Orthodox Patriarchate of Jerusalem, where he will meet Patriarch Theofilos.