The Prime Minister Alexis Tsipras has called a Ministerial Council meeting at 10:00 on Tuesday morning, in order to discuss the… 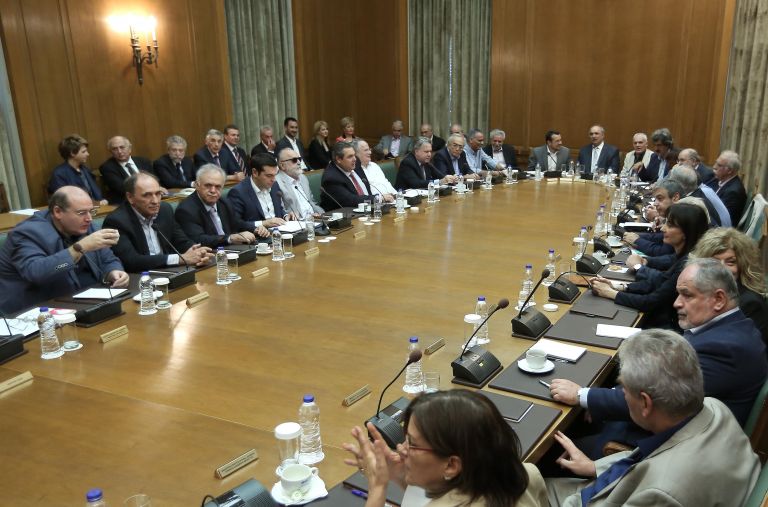 The Prime Minister Alexis Tsipras has called a Ministerial Council meeting at 10:00 on Tuesday morning, in order to discuss the outcome of Monday evening’s Eurogroup in Brussels.The government appears to be confident that it will reach an agreement in the next few days to secure additional funding, with the PM underlining the need for greater reforms.

Although the progress achieved by Greek authorities was praised by Greece’s European partners, it was ultimately decided to give Greece one more week to conclude the unresolved prior actions, so that the Euro Working Group may in turn decide on the release of a two-billion-euro tranche.

The compromise plan to be discussed will aim provide protection for 65% of ‘red’ housing loans, with bad debtors to be reviewed for a three-year period. The Greek government is confident that an agreement will be reached by the end of the week that will satisfy all sides.

The French proposal which was presented at the Eurogroup provides three years of protection across the board for houses with a tax value of up to 280,000 euros, provided the annual household income is under 28,000 to 30,000 euros.

According to a report in Ta Nea the government’s financial staff is making preparations of a public asset development fund, which will include privatization fund TAIPED and the Hellenic Financial Stability Fund (HFSH). The details on the operation and legal status of this ‘super fund’ are being ironed out, so that it may be included in a bill to go through Parliament.

The government will also have to make preparations on the second omnibus bill of prior actions, which includes tax hikes for farmers and integrating the solidarity tax into the income tax code, among others.

The management of the refugee crisis will also be discussed, with the Prime Minister presenting the present situation and government initiatives and actions that must be implemented. Mr. Tsipras is also expected to attend an informal summit on the refugee crisis hosted by Donald Tusk in Malta on the 11th and 12th of November.