Tsipras: “A Grexit would cause an unspeakable catastrophe” 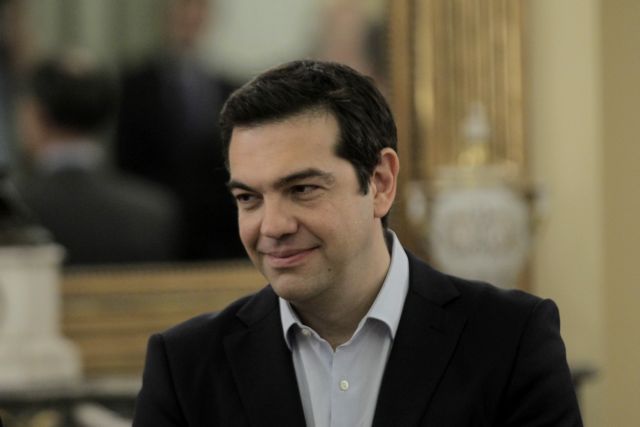 In the interview Mr. Tsipras defended his actions and efforts in the negotiations with the country’s creditors, while explaining that the mandate he received in January has been exhausted, prompting the need for a renewal. When asked about the recent referendum, Mr. Tsipras noted that the people wanted an agreement, but supervision and subjugation. Mr. Tsipras argued that he turned the “no to a bad agreement” to a “yes to a agreement with problems but also with prospects”.

According to Mr. Tsipras there is an institutional lack of democracy and he likened Europe to a large ship sailing in stormy conditions that has set sail on a wrong course.

Regarding the third bailout agreement, he argued that while it could have been better, it could also have been worse. The decision for a ‘Grexit’ would cause an unspeakable catastrophe, he further stressed, while underlining that he will continue to fight in order to minimize the consequences of the deal. The Grexit, claimed the PM, was not the government’s ‘plan B’, but rather a plan devised by conservative European forces.

When asked about the post-election alliances, Mr. Tsipras ruled out the possibility of a coalition with New Democracy, PASOK or the River, as those parties express the “old political system”. He also refused to comment on the President of Parliament Zoi Konstantopoulou, noting that he will be judged for everything in due time.

In the case of the former Minister of Finances Yanis Varoufakis, the Prime Minister stated that while he gave a vital boost to the negotiations at start, he later lost credibility and was unable to carry out the negotiations, prompting his replacement. Mr. Tsipras praised Mr. Varoufakis’ successor, Euclid Tsakalotos, commenting that he was instrumental in reaching the agreement, while adding that he may have done him injustice in his earlier choices.