Panagiotis Lafazanis announced the formation of the “Popular Union”, which includes 25 Left Platform MPs who have… 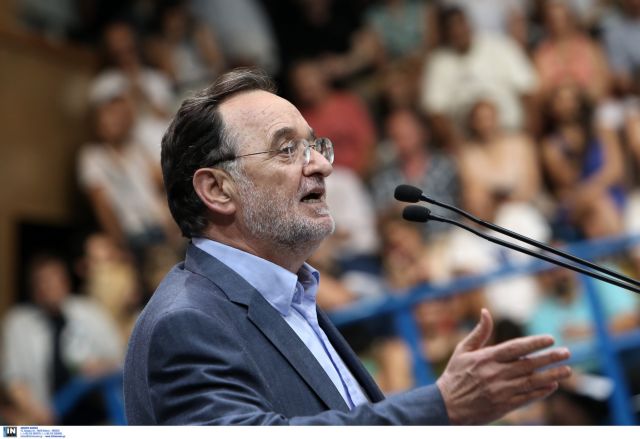 Panagiotis Lafazanis announced the formation of the “Popular Union”, which includes 25 Left Platform MPs who have announced their departure from SYRIZA in writing.

One of the 25 MPs who will participate in the new political group, Kostas Isichos, told Mega Channel that “it is obvious that we will be handed the third exploratory mandate and we will exhaust all opportunities to illustrate the potential for abolishing the memoranda”.

The 25 MPs who have left SYRIZA for the Popular Union are:

This development is the first step towards forming a new political party. Following the Prime Minister’s Thursday evening announcement, Mr. Lafazanis stated that the Left Platform would “contribute immediately towards the formation of broad, anti-bailout, progressive, democratic front” with goal of “enforcing the abolition of all memoranda”.

Although there were 32 rebel SYRIZA MPs who voted against the third bailout in Parliament, only 25 have resigned from their party and joined Mr. Lafazanis’ new political party. Amongst those MPs is the President of Parliament Zoi Konstantopoulou, who is currently considering her options.

Other MPs who have yet to respond to the formation of Mr. Lafazanis’ party include Nantia Valavani, Yanis Varoufakis, Konstantinos Zacharias, Elenis Sotiriou, Vasilis Hatzilamprou and Dimitris Kodelas. The last three MPs are however aligned with the KOE faction within SYRIZA.