Tsakalotos urges Greeks to return their deposits to the banks

From the stand in Parliament, the Minister of Finances Euclid Tsakalotos urged the Greek people to return the money they withdrew… 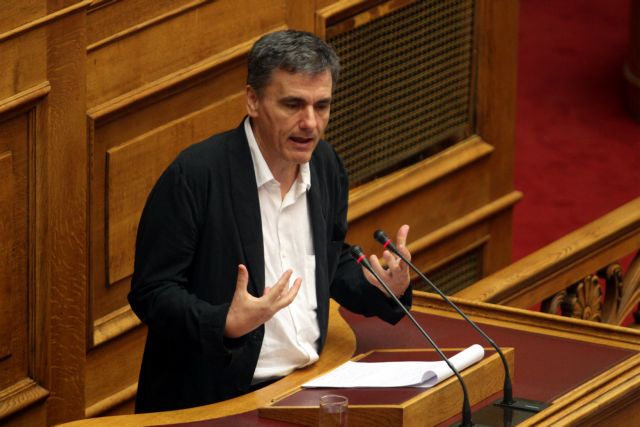 From the stand in Parliament, the Minister of Finances Euclid Tsakalotos urged the Greek people to return the money they withdrew from their accounts and stored «in their mattresses» after the introduction of capital controls.

Mr. Tsakalotos explained that the restoration of trust in the Greek banking system will be gradual, but will be far easier than in other similar cases, since the capital controls in Greece gave depositors many options (such as using cards and e-banking), which are regularly expanded.

The Finance Minister added that the recent Eurogroup decision which rules out any depositor haircut is a step in the positive direction and confirmed that the recapitalization of Greek banks would take place by the end of the year.

While he admitted that the Greek government has made mistakes, Mr. Tsakalotos pointed out that it was determined and spoke of its legacy that helped European social democracy realize that «some things need to change in order for the Eurozone to be saved«.

During his speech Mr. Tsakalotos underlined that the rumored elections would not be same as the ones that took place in 2012, due to the recent bailout agreement and bank recapitalization.