Clash between the government and Left Platform leads to early elections

The escalating clash between the government and the Left Platform may mean that early general elections are inevitable, in… 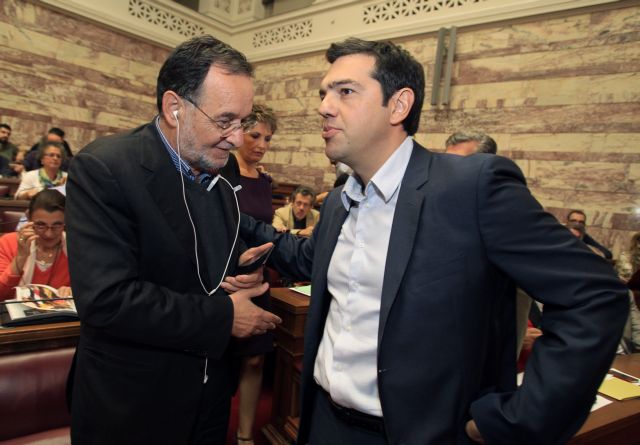 The escalating clash between the government and the Left Platform may mean that early general elections are inevitable, in spite of recent reports suggesting the PM Alexis Tsipras may request a vote of confidence in Parliament. While the PM was geared towards a vote of confidence, in order to have the necessary support to pass through Parliament the reform measures of the third bailout, it appears that he is likely to opt for snap elections.

Government spokesperson Olga Gerovasili was highly critical of the Left Platform, arguing that for the past three years they voted against almost all of SYRIZA’s central committee decisions. Mrs. Gerovasili further stipulated that this was because said decisions did not include the prospect of returning to a national currency. Mrs. Gerovasili accused the Left Platform of essentially proposing the controversial plan suggested by Wolfgang Schäuble, namely of a voluntary departure from the Eurozone and return to drachma, accompanied by a bailout loan.

The Left Platform responded to the accusations, with Panagiotis Lafazanis stressing in a radio interview that the government’s problems are attributed to the shift in policy and claimed that snap elections reflect an anti-democratic attitude. Mr. Lafazanis also claimed that early elections cannot fool the people or save any government that implements the harsh bailout policies.

Speculation suggests that the snap elections will be called for September or October, however this will likely depend on how the government manages its bailout commitments, whether the necessary reform measures have gone through Parliament and implemented. A first review of the new program is scheduled for October, which the PM will likely want to take advantage of in an electoral showdown.