Pappas: “The Left Platform proposes a bailout and drachma”

The Minister of State Nikos Pappas has retorted to the Left Platform, claiming that SYRIZA’s “internal opposition” is proposing… 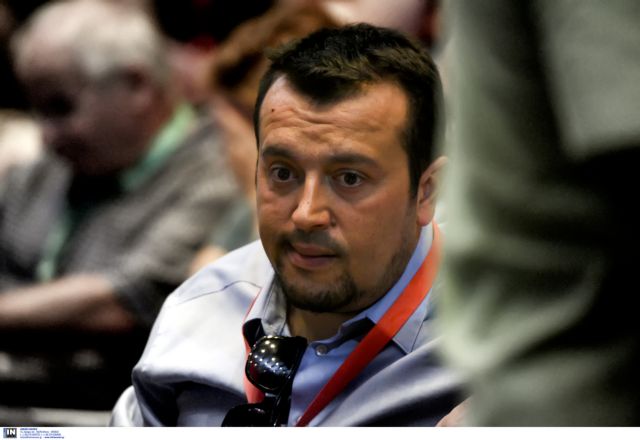 The Minister of State Nikos Pappas has retorted to the Left Platform, claiming that SYRIZA’s “internal opposition” is proposing “a bailout and drachma”.

Mr. Pappas, who made the retort in an interview for the Efimerida ton Syntakton newspaper, underlined that “nihilism helps nobody, not even those who use it” and rejected the possibility of forming a national unity government.

Regarding the Left Platform, the close associate of the Prime Minister claimed that “they proposed an orderly departure from the euro, namely an agreement and loan from our partners for a transition to a new currency”.

The State Minister added that “as comrade Lafazanis knows, things would be far worse for the social classes that the left wants to represent” and questioned “how comrade Stratoulis, if he were Minister of Social Insurance, would guarantee the standard of living of pensioners” under the drachma.

Finally, Mr. Pappas also expressed his dissatisfaction with the President of Parliament Zoi Konstantopoulou, suggesting that she has abused the powers granted to her.