Divide between government and President of Parliament deepens 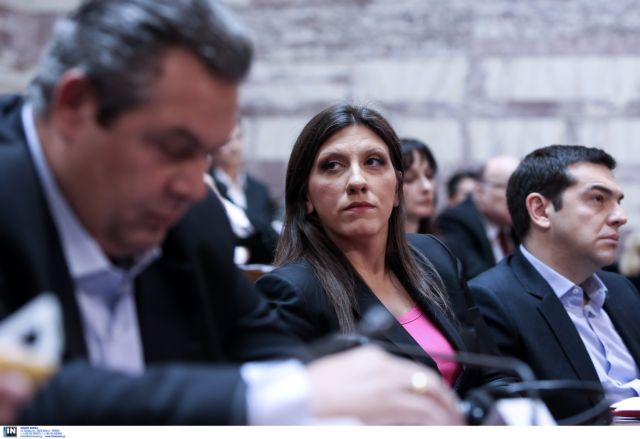 The critical upcoming vote in Parliament on the third bailout agreed by the government and institutions is expected to conclude in the early hours of Friday morning. The process however has revealed the extent of the divide between the President of Parliament Zoi Konstantopoulou and the government.

While the government stressed the importance of ratifying the recent bailout agreement as soon as possible, so that other Eurozone member parliaments and the Eurogroup may greenlight further aid to Greece, Mrs. Konstantopoulou insisted on following Parliamentary procedure and proposed that the vote take place on Monday.

Ultimately, the debates be the relevant committees in Parliament were scheduled to begin at 9am on Thursday, with the whole process (and vote) expected to conclude early on Monday morning. The committee meetings will also be televised, at the request of Mrs. Konstantopoulou.

SYRIZA’s parliamentary group spokesman Nikos Filis accused Mrs. Konstantopoulou of following an “obstructive policy”, which will result in the procedures being delayed at her responsibility, despite the Prime Minister’s written request to expedite the process. New Democracy’s spokesman in parliament Kyriakos Mitsotakis noted that Mrs. Konstantopoulou “betrayed the trust shown by the other parties” and warned that she may be “the first President of Parliament to be dismissed”.

Watch the sessions in Parliament live