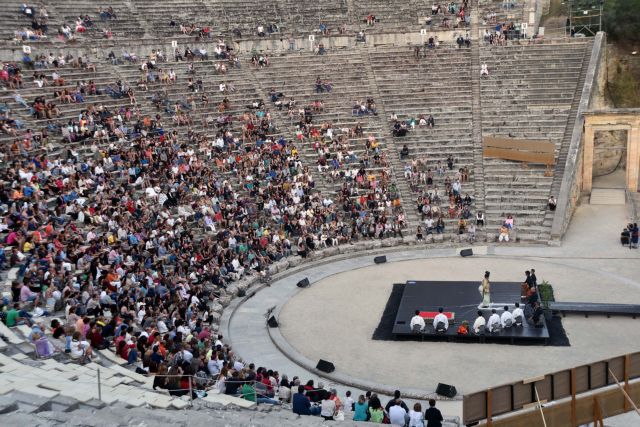 The actors of the National Theater of Northern Greece have called off a series of strike actions originally planned for the 7th and 8th of August, after the Ministry of Culture announced that it make payments to cover outstanding wages for actors and theater employees.

The actors, who had not been paid for about 2-3 months, demanded part of their pay and were highly critical of the stance of Alternate Minister of Culture Nikos Xydakis. Mr. Xydakis had previously called the actors “extortionists” after they announced their strike action intentions.

Additionally the actors also called the theater’s artistic director Yannis Vouros to publicize the financial problems experienced and demonstrate that is a colleague, above all.

Mr. Xydakis announced that payments would be made for the performances of «Iphigenia in Tauris» at the theater in Epidavros. Furthermore, the Minister noted that a large part of the 1 million euros that the National Theater of Northern Greece’s as regular funding will be paid out in August to cover debts towards employees.