Government is geared towards extending the bank holiday

With the European Central Bank unwilling to increase liquidity to the Greek banking system, the government is expected to… 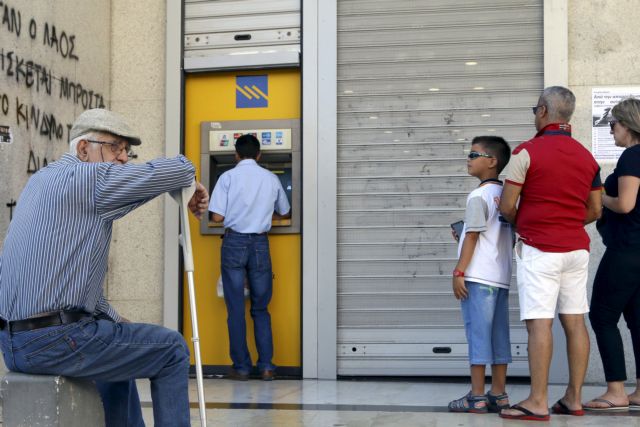 With the European Central Bank unwilling to increase liquidity to the Greek banking system, the government is expected to extend the bank holiday, while considering its options to facilitate the payment of taxes and contributions towards the state.

A meeting has been called for 5pm on Wednesday at the General Accounting Office, where the situation of Greek banks will be discussed.

The Governing Board of the ECB is going to examine a request for further liquidity via its ELA mechanism, but is not expected to carry out a readjustment of the “haircut” of Greek collateral. ECB chief Mario Draghi assured European leaders that he would support Greek banks until Sunday’s summit.

At present the liquidity in the Greek banking system is barely able to cover daily withdrawals and transactions, however without any additional funding from the ECB, more drastic measures may be necessary to protect the short reserves.

As with last week, pensioners without a bank card will be able to visit certain branches that will open, in order to draw up to 120 euros from their accounts. The Greek bank union is considering increasing this limit to 240 euros per week.