Greece and its creditors are locked in never-ending negotiations

Despite the many talks and long meetings in Brussels that took place until the early hours of Thursday morning, the Greek… 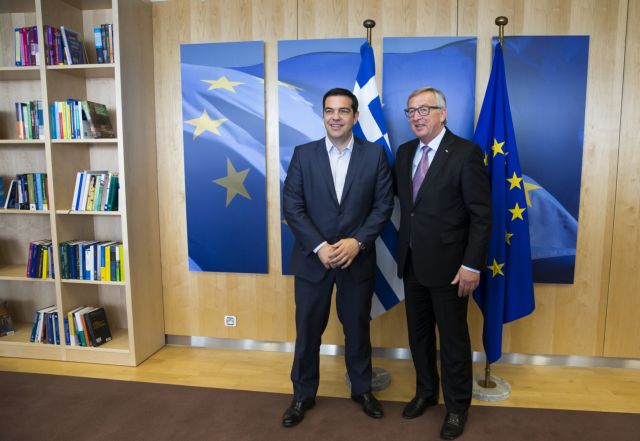 Despite the many talks and long meetings in Brussels that took place until the early hours of Thursday morning, the Greek government was unable to come to an agreement with its partners, with time dramatically running out.

The negotiations are to resume at 6am, local time, with the technical teams, while Prime Minister Alexis Tsipras will meet with the heads of the institutions at 9am, in a final, perhaps, effort to come to an agreement and under pressure from the ultimatum that was issued on Wednesday evening.

Athens was given an ultimatum to reach a staff level agreement with its creditors by noon on Thursday, so that this may then be discussed at the Eurogroup scheduled for 2pm (Greek time) at the Eurogroup. Rumors have since emerged of a new emergency Eurozone Summit on Friday or even later on Thursday evening, indicating the critical nature of the ongoing negotiations.

Following the fruitless Eurogroup, PM Tsipras met with European Commission president Jean-Claude Juncker, IMF director Christine Lagarde, ECB chief Jeroen Dijsselbloem and EFSF head Klaus Regling, which carried on until about 1am, local time. None of the participants made any comments, indicating that there is still some distance to be covered before an agreement is reached.

It appears that the institutions are concerned about the Greek government’s resolve in implementing a potential agreement, hence their insistence on prerequisites and measures with an immediate effect. Should an agreement not be reached, then the consequences will be cataclysmic, as the government will be faced with a default and an exhausted banking system. Even in the case of a compromise agreement though, which will include harsh terms and conditions, the government will be tested and brought to its limits on the domestic front.

Late on Wednesday evening it emerged that the Greek government has withdrawn it proposal to increase pension contributions, as it is included in its latest proposal. It has not yet been clarified how the government aims to cover the cost with equivalent measures.

According to the Greek proposal, supplementary pensions would faced a 5% contribution increase, while main pensions would be faced with a 1% increase. In essence, this measure which affected all pensioners in Greece, would have the effect of pension cuts.