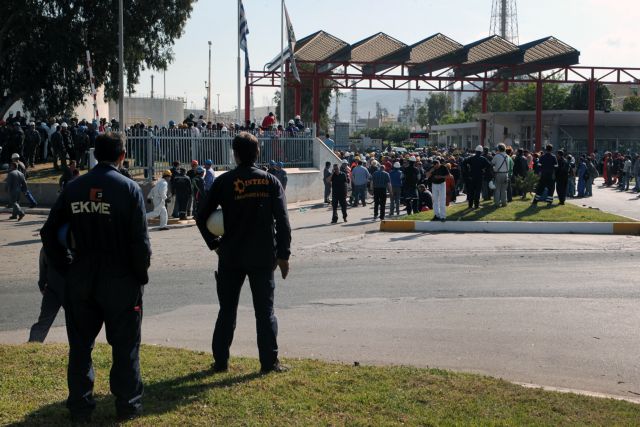 The explosion at a reservoir operated by Hellenic Petroleum (ELPE) on the 8th of May appears to have been caused by ‘human error’, according to the findings of the investigation that was launched.

According to Ta Nea, in the findings that were submitted to ELPE’s management it is said that the presence of fuel in the reservoir pipeline, during the maintenance, is what caused the fire and subsequent explosion. Under normal circumstances there should not be any fuel in the pipeline, suggesting human negligence was to blame.

Beyond ELPE’s investigation, the Fire Brigade and Labor Inspectorate are to complete investigations, which will perhaps provide a clearer picture of what caused the fatal accident.

Two employees succumb to their injuries

On Tuesday two of those seriously injured in the fire and blast succumbed to their injuries: ELPE employee Charalambos Deftereos, aged 41 and father of two and contractor company employee Ramadan Delilaj, father of one. Two of the other four who were injured in the tragic event are in a critical condition.

As a result of a tragic incident ELPE and ahead of the administrative changes being prepared by the Ministry of Productive Reconstruction, the company announced that it has replaced its General Technical Director. The outgoing director, who is said to be retiring, will be replaced by the CEO of EKO Ioannis Psychogios on the 1st of July.