Varoufakis: “The agreement will come, our creditors must admit their mistakes” 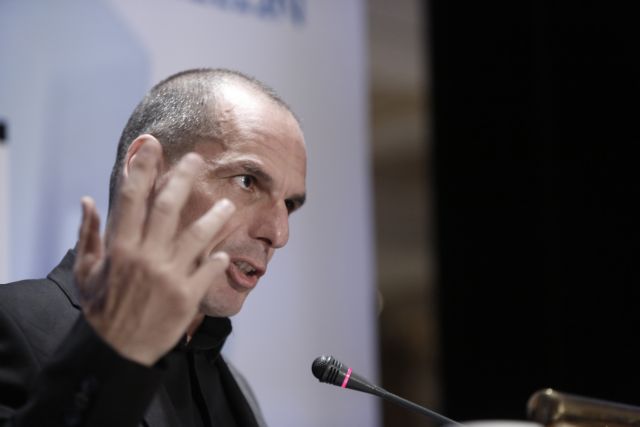 The Minister of Finances Yanis Varoufakis was confident of an agreement being reached between Greece and its creditors, stressing that the alternative would be “a catastrophe”, following a speech he delivered at a banking forum in Athens on Tuesday. Mr. Varoufakis noted that both sides have invested in an agreement and will not allow the opportunity to go to waste. While an agreement may not be reached by the upcoming Eurogroup, he estimated that an “arrangement” will be made.

The Finance Minister argued that the creditors must also admit their mistakes and commented on the difficult, ongoing negotiations. He explained that the goal was to avoid older growth models and reject measures simply to pay off the next installment. Nevertheless, Mr. Varoufakis underlined how the overwhelming majority of the Greek people are in favor of the euro.

During his speech, the Finance Minister described how an agreement will first be achieved with the European Union, European Central Bank and International Monetary Fund, before attempting to reach a consensus on matters such as a just taxation system, the creation of a Greek Growth bank and the fortification of the banking system by establishing a “bad bank”, where the 11 billion euros of the FSF will be diverted.

Furthermore, Mr. Varoufakis stressed that the pension system must also be addressed, as it cannot be sustainable when one in three are undeclared employees and work cash-in-hand. The Minister reported that the IMF wants further deregulation in the job market, at a time when employment relations are in crisis. Regarding privatizations, Mr. Varoufakis noted that the Greek Sate was be a part of the process and be a shareholder, in order to guarantee future revenue. He also maintained that there must be a minimum investment rate, rather than simply collecting money to cover the debt.