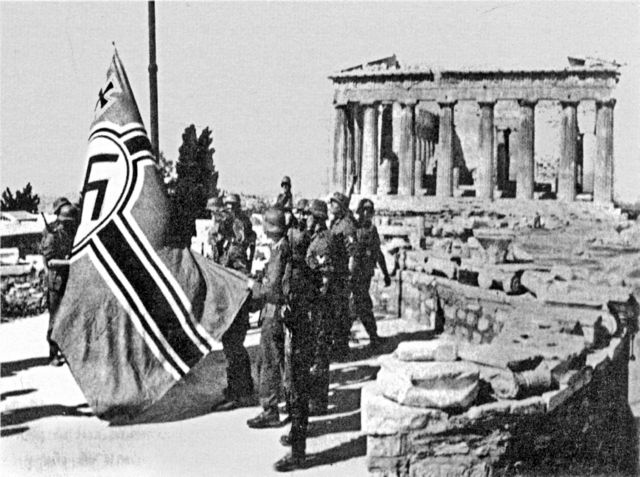 The Alternate Minister of Finances Dimitris Mardas announced that the General Accounting Office has completed its investigation and concluded that the German reparations are estimated to be 278.7 billion euros, of which 10.3 billion euros are for the forced occupation loan.

Mr. Mardas explained that the General Accounting Officer “did a very good job” and collected data to support its claim regarding the German reparations. In the Conference in Paris of 1946, German reparations were estimated to be 341.2 billion dollars at the time.

The German Vice Chancellor Sigmar Gabriel however has rejected the Greek government’s reparations as “quite frankly, stupid” and suggested that Athens was merely trying to gain more time and assistance from its international creditors to overcome its debt crisis.

Mr. Gabriel argued that Greece was mixing up its debt crisis and the Nazi occupation claims, which he opined had “nothing at all to do with one another”. Similarly, the budgetary policy spokesperson for the CDU Eckhard Rehberg told Reuters that “for [Germany], the issue of reparations is politically and legally closed”, thus rejecting the Greek claims altogether.

Nevertheless, some German opposition politicians, such as the Greens’ Manuel Sarrazin and The Left’s Annette Groth, believe that Germany should pay the 10.3 billion euros of the occupation loan. Mr. Sarrazin has also suggested that both country appeal to the International Court of Justice.