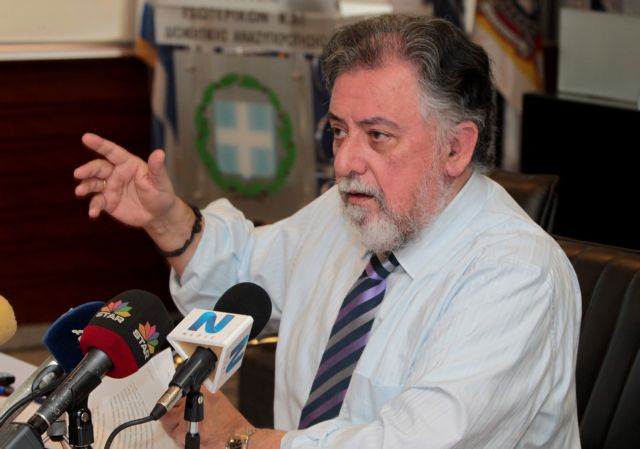 The Alternate Minister of Public Order Yannis Panousis has published an article in Ta Nea in response to the recent tensions and occupations triggered by an ongoing hunger strike of prisoners.

In his article, Mr. Panousis lashes out against government critics and stresses that a left-wing government does not mean that the country and the cities should be left defenseless. He further argues that now is not the time for pointless ideological clashes, but rather the time to consolidate political legitimacy of institutions and social consensus.

Furthermore, Mr. Panousis expressed his frustration with other government officials who continue to tolerate the actions in support of the hunger strikers, especially the Minister of Justice Nikos Paraskevopoulos, who spoke of starting a discussion with the hooded youths and protesters. Mr. Panousis underlines in his article that “democracy does not speak with those who have no face”.

The newspaper underlines that that recent developments have caused major tension within the government, with Mr. Panousis being angered by the “invasion” of anarchists in the courtyard of Parliament. Following an emergency meeting at Maximos Mansion, it appears that the Ministry of Public Order will merge with the Ministry of Justice, while a special standing committee on policing will be formed in parliament.

As expected, Mr. Panousis’ article has caused reactions within SYRIZA, with the party’s parliamentary spokesperson Nikos Filis accusing the Alternate Minister of committing a “faux pas”. Mr. Filis, who appeared on SKAI, stressed that Mr. Panousis “is a minister and not a commentator”. Furthermore, Mr. Filis argued that there is a rich debate going on in anarchist circles and that only one group actively supports the recent actions, in order to pressure SYRIZA.

On Thursday SYRIZA’s other parliamentary spokesperson Thanasis Petrakos told Vima 99.5 FM that he was deeply concerned about the recent bout of occupations and could “not rule anything out”.