Varoufakis: “Greece will pay back the IMF on time”

The Minister of Finances Yanis Varoufakis appeared on Star Channel on Monday, where he talked about the upcoming… 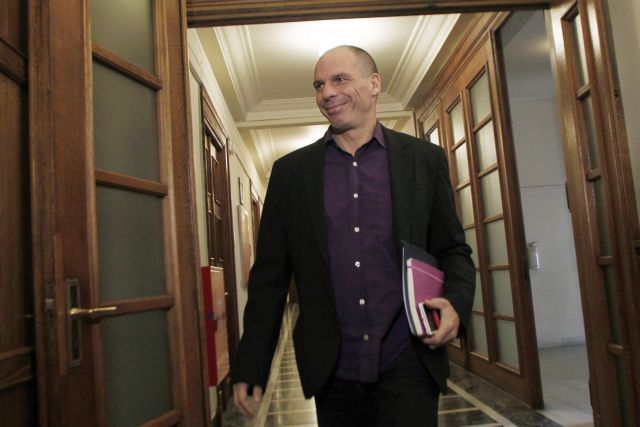 The Minister of Finances Yanis Varoufakis appeared on Star Channel on Monday, where he talked about the upcoming Eurogroup next Monday, where he will present six reforms. These reforms will form the basis of discussion between Greece and its European partners.

In the interview Mr. Varoufakis stressed that Greek would pay its debts towards the IMF “on time” and explained that at present “we are in the process of securing the resources for the four-month extension”. He appeared confident that Greece would also pay back the ECB on time, in response to warnings from Germany of a “credit event” occurring, should Greece delay payments.

Mr. Varoufakis also dismissed the idea that returning to the drachma may be a solution, while commenting that SYRIZA MP Kostas Lapavitsas “has built his entire career upon the return to the drachma”. He also stressed that leaving the Eurozone is a “worse case scenario” and maintained that the only solution for Greece is to recover within the Eurozone. Nevertheless, he pointed out that unless the Eurozone changes its structure then Greece will not be able to overcome its problems and will need a «new European Deal”.

Regarding the recent Eurogroup agreement, the Finance Minister explained that the major gain was the separation of the loan agreement from the memorandum and promised that there will be no recessive measures to be taken in the next four moths. Due to this development, the Greek government is not bound by the “Hardouvelis email” list of reforms, which would see pensions slashed and VAT increased on the islands, in pursuit of a high primary surplus. Mr. Varoufakis also criticized his predecessor Gikas Hardouvelis for failing to negotiate a better deal.

According to Mr. Varoufakis the two main conditions for growth to return to Greece are to tackle bureaucracy and red tape and for the European Investment Bank to provide an investment program, where public assets may used as guarantees. He conceded that while the privatization of the ailing OSE train company is “absolutely necessary”, he ruled out the privatization of DEI. Mr. Varoufakis was also positive towards COSCO’s investment in Piraeus, but urged care in the regional airports. He also alleged that the privatization fund TAIPED was literally formed “to sell off the family jewels”.

The controversial real estate tax ENFIA is considered “unacceptable” and Mr. Varoufakis pledged to introduce a more progressive taxation on real estate, however this may take “2-3 months”. He also revealed how the current 23% VAT rate must drop, although he was unable to tell when this may occur. He vowed to maintain the VAT on islands, border areas, hotels, medicine and food.