The adverse weather conditions in the past few days, with torrential rain and gale-force winds, have caused serious problems… 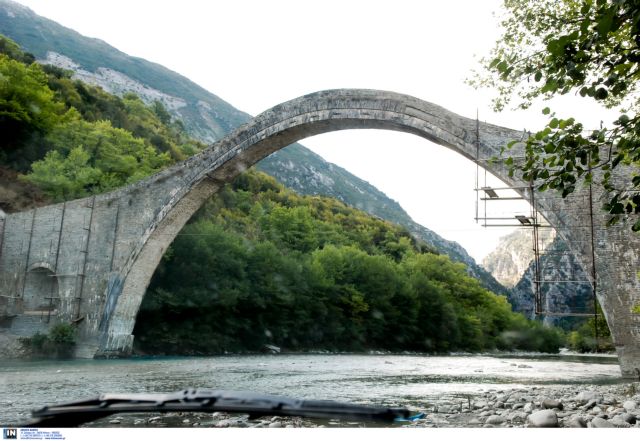 The adverse weather conditions in the past few days, with torrential rain and gale-force winds, have caused serious problems in northern parts of the country, with the situation being especially dramatic in the municipality of Arta, where a state of emergency has been declared.

As a result of the heavy rainfall and overflowing of rivers, the historic Bridge of Plaka near Tzoumerka has collapsed. The bridge which was constructed in the 18th century is the largest single-arch bridge in the Balkans, with the main arch measuring 40.2 meters long and 21 meters tall at its apex.

While the Bridge collapsed in the 1800s, it was quickly reconstructed. The bridge attained greater symbolic value in 1944, during the German Occupation of Greece, when the resistance groups singed a pact there against the Nazi occupiers.

The Ministry of Culture has issued a statement noting that it will take all necessary measures to protect the bridge and collect the debris and structural elements that can be used in the restoration. A team of mechanics has already been dispatched to the area in order to conduct a preliminary report and investigation.