Koutsoumpas: “KKE will fight for the popular opposition” 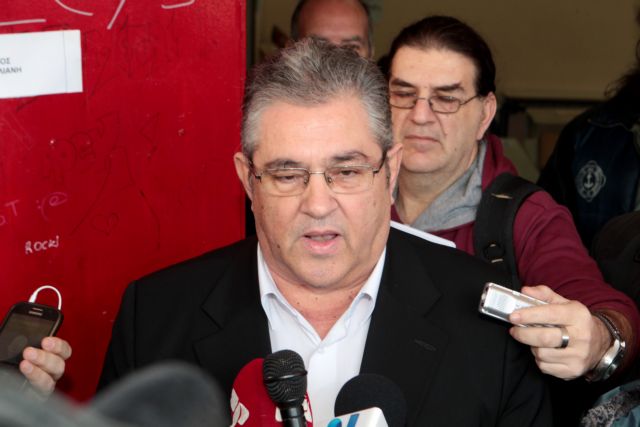 The general secretary of the Communist Party Dimitris Koutsoumpas saluted everyone who voted for his party for the first time, in recognition of its stability and selflessness and argued that the electoral result confirms the trend of party supporters rallying together that was began in the local government and municipal elections.

Mr. Koutsoumpas estimated that the electoral result illustrates the people’s major resentment and anger towards New Democracy and PASOK, as well as “the false hope” that the new SYRIZA-led government can follow a pro-people policy. He further estimated that the government will reduce its demands and compromise, with the working classes paying the cost.

In his statement Mr. Koutsoumpas also noted that sad fact that the neo-Nazi party has maintained its presence in the elections and stressed his intention to focus his efforts and initiatives to reorganize the labor movement and to “fight the popular opposition” both within and outside Parliament.