Following the presentation of the new budget, the Minister of Finances Gikas Hardouvelis spoke to journalists in Parliament and… 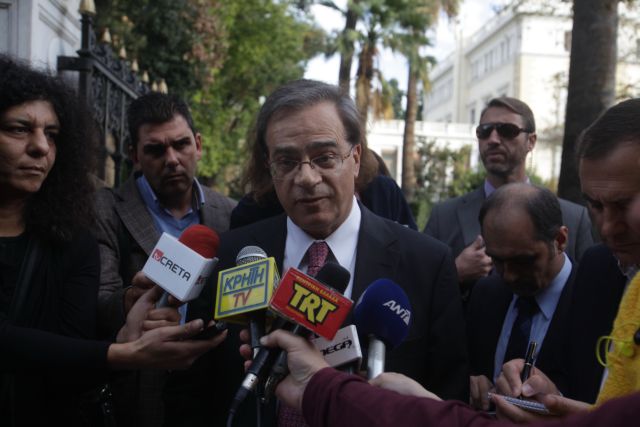 Following the presentation of the new budget, the Minister of Finances Gikas Hardouvelis spoke to journalists in Parliament and commented on the ongoing negotiations with the troika.

According toe Mr. Hardouvelis there is no official position regarding the extension of the current bailout program for another year, as is regularly discussed in the media. When asked whether Greece will be prepared for the critical Eurogroup session on the 8th of December, he responded that “there is a convergence, but we are under a lot of pressure for the budget” and added that “they have made mistakes”.

The Minister of Finances was pressed by the journalists to comment on the troika’s “uncertain” return to Athens to resume negotiation an responded that it was a political decision and that “we may be talking about six months, but they may also come in a day and we can resolve everything”.