Kammenos calls Makri, Zois and Giannakis to return to ANEL

The president of the Independent Greeks (ANEL) Panos Kammenos gave an interview to Star Channel, where he invited ousted… 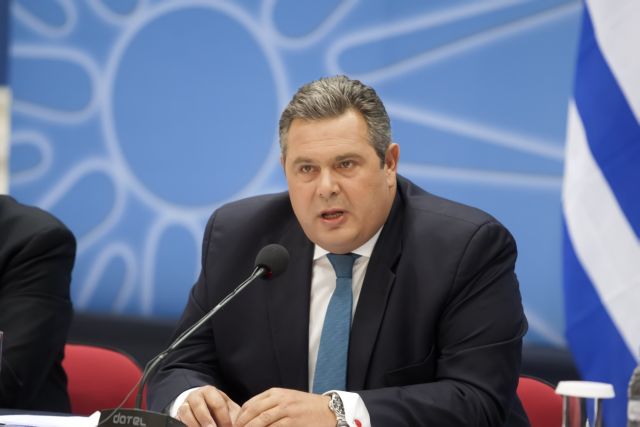 The president of the Independent Greeks (ANEL) Panos Kammenos gave an interview to Star Channel, where he invited ousted MPs Rachel Makri, Christos Zois and Michalis Giannakis to return to the party. Mr. Kammenos stressed that the country must regain its sovereignty and argued that the likeliest outcome of elections would be coalition government formed by SYRIZA and ANEL.

Regarding Mrs. Makri’s expulsion, Mr. Kammenos argued that he was “saddened” when she left the party and noted that while being a “very good MP” she came to blows with other party members. The ANEL leader also expressed his believe that there are no political differences that would keep Christos Zois and Michalis Giannakis from returning to the party.

Mr. Kammenos urged President Papoulias to make things easier by resigning, since he believes that the New Democracy & PASOK coalition has lost the people’s mandate and as such is not the position to tackle the major national and financial issues. Mr. Kammenos praised the former ND leader Kostas Karamanlis, whom he called a “national capital”, but was disappointed that he voted in favor of the bailout.

When asked about the political differences with SYRIZA, the ANEL president said that there is an agreement on the debt and disengaging with the troika. Mr. Kammenos stressed that his party has drawn “red lines” on certain matters, such as the Church-State relations, the delineation of an EEZ, but argued that Mr. Tsipras’ party has “made steps”.