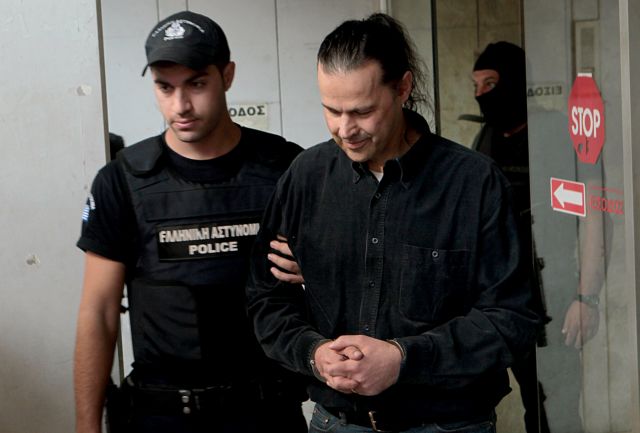 The Felony Appeal Courts of Piraeus have rejected the recent application of convicted 17 November member Savvas Xiros for home arrest on health grounds. The reasoning for the decision has not yet been announced.

In deciding on the appeal, the courts requested two separate medical reports on Xiros’ health from academic doctors. The first report confirms that Xiros suffers from multiple sclerosis, without however determining whether he should be hospitalized at home, while the second states that he suffers from a form of polio, which may be related to the multiple sclerosis. Both reports note that Xiros’ rate of disability is about 93%.

The main problem for Xiros’ hospitalization in prison appears to be that he is nearly blind and requires interferon injections to tackle the multiple sclerosis, which is not available to him in the prison facilities. Furthermore, the multiple medical problems he faces means that his health is at risk.

Xiros’ attorney Spyros Fytrakis commented that neither the courts nor the prosecutor provided an explanation for their decision and was troubled by the fact that the European Courts of Human Rights has found Greece found guilty for torturing Xiros by not providing the necessary medical care to avoid the deterioration of his health. Another lawyer on Xiros’ legal team, Annie Paparousou, noted that her client had the highest disability rate in Korydallos and feared that his health would continue to suffer.

She also argued that the court decision came as a result of political intervention, in reference to recent comments made by the Minister of Public Order Vasilis Kikilias. In comments made following the recent arrest of Antonis Stampoulos, who is thought to be an accomplice of Nikos Maziotis, Mr. Kikilias attempted to associate the two unrelated cases.