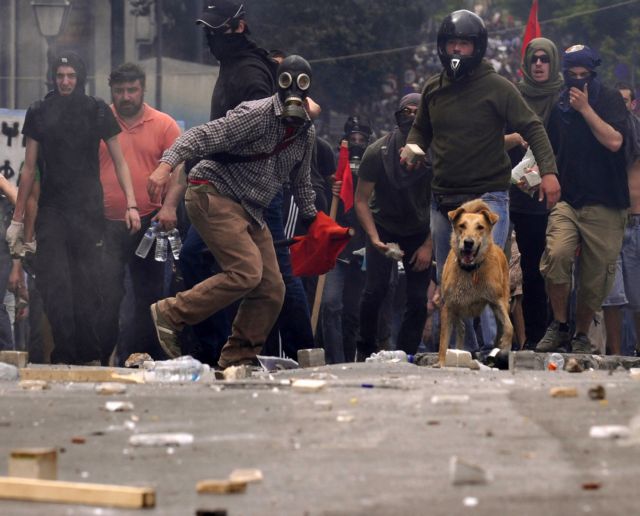 Loukanikos, the dog which became a world-wide sensation after participating in anti-austerity demonstrations in Athens has…

Loukanikos, the dog which became a world-wide sensation after participating in anti-austerity demonstrations in Athens has passed. The man who had been taking care of the dog mentioned that Loukanikos (real name “Thodoros”) suddenly passed away when he was sleeping on a couch.

According to Left.gr, Loukanikos was about ten years old, while the veterinarian who was looking out for him told journalists that his health had been affected by all the tear gas and chemicals he breathed in from being on the front lines of the demonstrations.

The pictures of Loukanikos joining protesters and anarchists in clashes with the police made the dog a world-wide sensation, with BBC, CNN and Al Jazeera covering his actions. Time Magazine included him in the top 100 personalities of 2011.

What Moody’s and Citigroup say about Greek elections
Ακολουθήστε