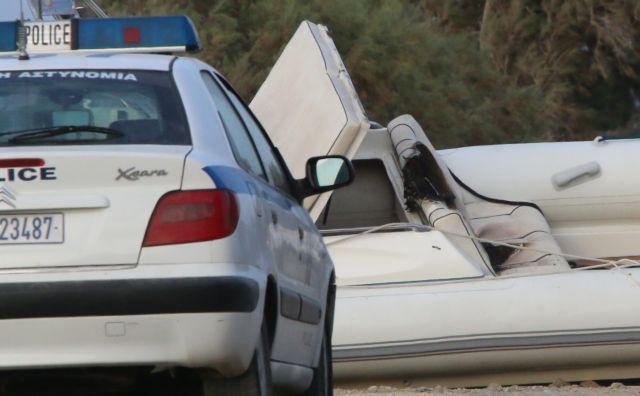 The police announced the details of three men who are suspected of carrying out a daring bank robbery in Distomo on Friday, the 22nd of August. According to the police report, three armed men carried out the bank robbery at 13:45 and on their way out took a bank teller hostage. The robbers escaped with a car that had been stolen in May and which they letter set fire to in a nearby beach.

The robbers then escaped with a speedboat that was stolen in August 2012 and released the hostage at sea, near Kalamata. The bank teller was stripped of his clothes and told to swim ashore. The speedboat, which the robbers attempted to burn, was later located at Loutro, near Xylokastro.

Based on video surveillance footage and evidence recovered from the speedboat, the police associated the three suspects with various robberies in Greece dating back as early 2004. The three suspects, Giorgos Petrakakos, Spyros Christodoulou and Spyros Dravilas, are thought to have stolen 396,930 euros from the National Bank store in Distomo. The three suspects are believed to be associated with Nikos Maziotis and the Revolutionary Struggle group.