The detained Golden Dawn MPs Nikos Michaloliakos, Christos Pappas and Yannis Lagos have been summoned to respond to… 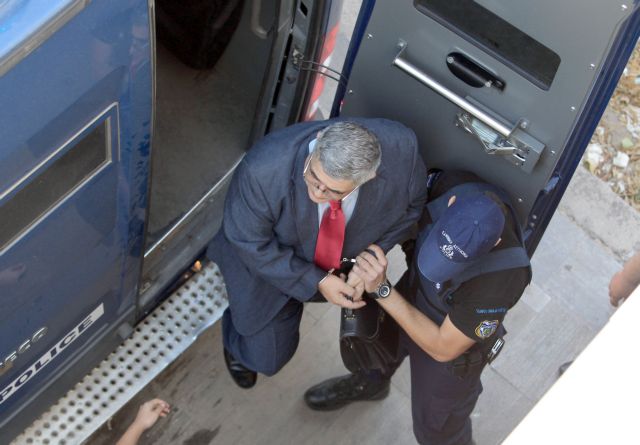 The detained Golden Dawn MPs Nikos Michaloliakos, Christos Pappas and Yannis Lagos were summoned to respond to additional charges in relation to the ongoing criminal investigation into the neo-Nazi party’s activities.

The hearing finished around noon, with the three MPs responding to the charges in writing and refusing to answer any questions posed by the investigating judges.

Party leader Michaloliakos and Lagos are facing the felony charge of illegal possession of firearms and ammunition with the intent to supply a criminal organization. Pappas, who is Michaloliakos’ second-in-command, is facing the violation of antiquity laws and misdemeanor firearm possession charges. The detained MPs are all facing the felony charge of joining and directing a criminal organization.

A group of about 100 supporters of the neo-Nazi party who were outside the Appeal Court assaulted two photojournalists who were covering the event.

The neo-Nazi party supporters then clashed with the police when they attempted to approach the bus carrying the detained MPs, when it arrived at 10am. The riot police quickly dispersed them with stun grenades.