Ministry of Finances and uniformed officers come to a compromise 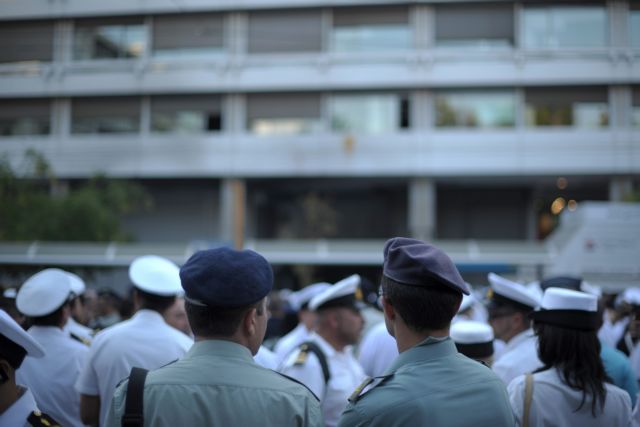 The Deputy Minister of Finances Christos Staikouras met with uniformed officer representatives on Tuesday and after talks came to an agreement regarding the money which they are owed, after the State Council recently ruled that wage and pension cuts they suffered were illegal.

The uniformed officer representatives demanded that their wages and pensions be restored to what they received in 2012 prior to the illegal cuts, but appeared more conciliatory regarding what they are owed. The two sides agreed for the coalition government to pay back the estimated 550 million euros in installments, with the first one likely to be paid out in August.

While the officers were pleased with this development, the Ministry of Finances is troubled as it must now find the funds without affecting the budget, as per the agreement with the troika. One option that the Ministry is considering is to reduce the money owed to the officers by about 170 million euros, in an effort to avoid further exacerbating the projected fiscal gap for 2015 (which is estimated to be 911 million euros). Mr. Staikouras promised to present officer representatives with a plan as soon as he has received a report.