FAZ documents the events that lead PM Papandreou to resign 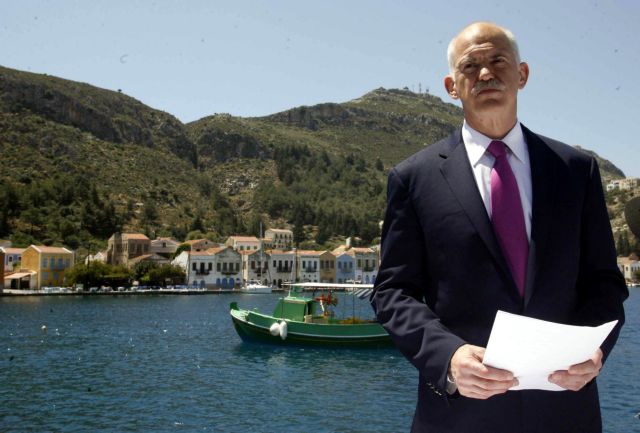 The Frankfurter Allgemeine Zeitung has published an article documenting the dramatic events in 2011 that resulted in the resignation of Giorgos Papandreou from Prime Minister and President of PASOK over the 130 billion euro bailout and austerity.

According to Mr. Papandreou the situation was especially difficult as most of the opposition parties claimed that the bailout was “catastrophic” and accused him of treason. The former PM explained that the recapitalization of banks which put the banking system under strict supervision resulted in “everyone” turning against him.

The journalist Michael Martens argues that Papandreou never quite understood how the markets worked, which he mostly approached as a means to fund his foreign policies. As such he was unable to stand up against them and Mr. Papandreou was faced with two possibilities; “either form a coalition government or call a referendum”.

The journalist points out that leader of the opposition at the time, New Democracy’s Antonis Samaras, refused the offer to form a coalition and insisted on calling general elections so that he could government on his own. Mr. Papandreou’s decision to announce his proposal for a referendum regarding the second bailout to PASOK’s parliamentary group caused a great commotion in the international markets and angered Merkel and Sarkozy.

The former PM argued that he proposed a referendum because he was “certain I could not pass the reforms without taking the risk to ask the Greek people. They are not dumb, they will weigh their interests. After all, the 2012 elections showed that they wanted to stay within the Eurozone”. Mr. Martens added that the crisis was so complicated that no serious politician or economist would risk predicting the outcome.

After the events in Cannes, the author claims that Evangelos Venizelos worked behind the scenes to overthrow Giorgos Papandreou, with the support if the European Commission president Barroso. Mr. Martens concludes that while Mr. Papandreou’s choices may have resulted in the end of his career, he estimates that the former PM may have taken the correct decisions since a lot of unanswered questions remain.