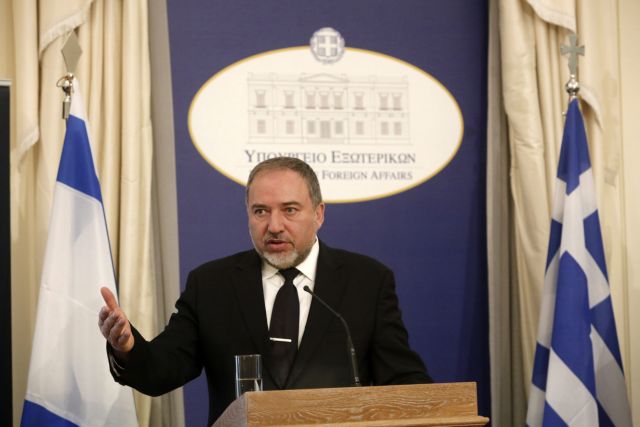 The Minister of National Defense Dimitris Avramopoulos and the visiting Israeli Minister of Foreign Affairs Avigdor Lieberman met in Athens today and discussed security and stability in the greater region.

Mr. Avramopoulos stated that a strategic alliance with Israel is not a threat to anyone, while stressing the importance of both countries in maintaining stability in the Southeast Mediterranean. He also repeated Greece’s stance on the Middle East, arguing for the creation of independent Israeli and Palestinian States, while underlining the importance of cooperation and mutual respect.

The Israeli Minister on his behalf remarked that the exchange of information between the countries regarding security and stability in the Middle East and southeast Mediterranean was important. Mr. Lieberman reported that his country has serious reservations about the Iranian nuclear program. As for the latest round of peace talks in the Middle East, Mr. Lieberman explained that Israelis awaiting the Palestinian Authority’s proposals.