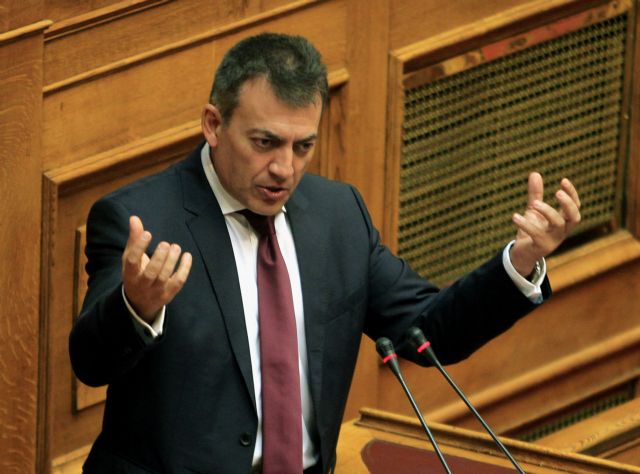 The Minister of Labor Yannis Vroutsis will detail the situation at the IKA, OAEE and OGA insurance funds to the Special Standing Committee on Monitoring the Social Security System in Parliament on Tuesday.

Mr. Vroutsis will explain developments in the three insurance funds, as troika representatives demand across-the-board pension cuts for OAEE and OGA pensioners. Based on latest estimations, the accumulated deficit of insurance funds is about 16 billion euros, with 2.5 billion euros attributed to primary funds.

IKA’s losses from uninsured employment attributed to 36% of loses, namely 6.5 billion euros. In 2013 alone IKA has seen its revenue drop by 1.5 billion euros due to wage cuts and dismissals.

Insurance fund for the self-employed OAEE has 774,000 policy holders of whom an estimated 380,000 do not pay contributions. Indicative of the terrible condition of OAEE’s finances is the fact that about 196,000 policyholders abandoned the fund, leaving behind 1.5 billion euros worth of debt.

For OGA, which primarily insures farmers, Mr. Vroutsis will likely reveal how 288,587 (46.18%) of its policyholders are behind with paying their contributions, with an average debts of 2,500 euros.