Michaloliakos: “They want to exclude Golden Dawn from elections” 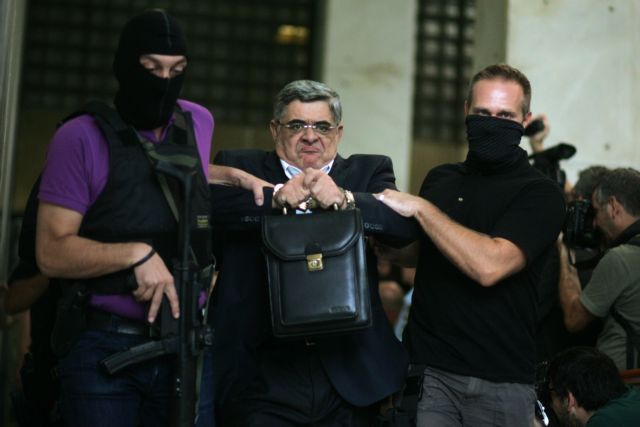 The Golden Dawn leader Nikos Michaloliakos, who was recently detained at the Korydallos correctional facility until his case of setting up a criminal organization is tried, has apparently authored a statement repeating his claims that he and his MPs are being politically persecuted.

In his statement he attacks the government and media claiming that “the political persecution and imprisonment of Golden Dawn’s leadership has not produced the desired effects” and that “the movement of Greek nationalists will persist politically, ethically and in the polls, if it has not become stronger”.

The ultra nationalist leader asserted that “in literally turning the Constitution into scrap paper, they are trying to exclude Golden Dawn from the elections” and cited the relevant headlines of two newspapers.