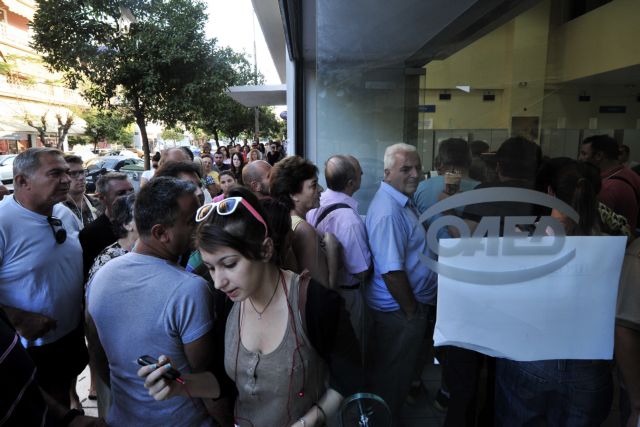 According to a study by GSEE’s Employment Institute, the rate of unemployment in Greece will climb to 34% by 2016, despite the Ministry of Labor’s data suggesting that 63,122 new jobs were created in September.

The Employment Institute’s figures indicate that since October 2008 about 1,000,000 jobs have been lost, while ELSTAT’s 27.4% unemployment rate for March 2013 is the highest unemployment figure in the West for the past 30 years.

GSEE’s Employment Institute claims that the continued implementation of the government and troika policies will have detrimental effects on the GDP and employment over the next few years, with the rate of unemployment expected to climb to 34% by 2016.

The Ministry of Labor however claims the opposite, based on the figures of the computerized employment registration platform “Ergani”, which indicates that in September 2013 the rate of employment was its highest since 1999.

The Ministry claims that 63,122 new jobs were created, most of which after the 12th of September when harsher penalties for undeclared employment were introduced.