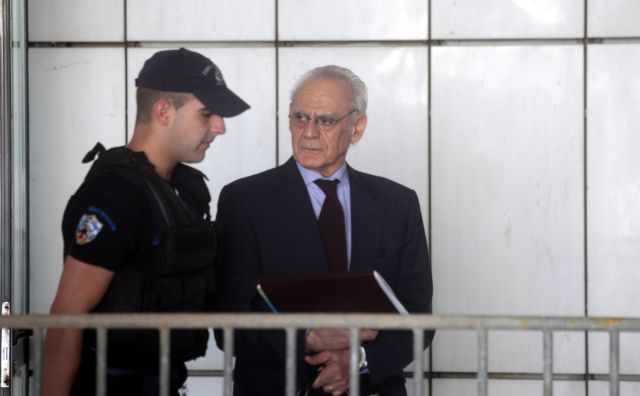 Defense attorney Ioannis Pagoropoulos claimed that the trial of his client, former Minister of National Defense Akis Tsohatzopoulos was designed to “absolve the political system”, rather than investigate the allegations of money laundering and bribery.

Mr. Pagoropoulos explained that the prosecution’s case is based on indications, rather than proof and lashed out against the court authorities for their handling of the case. The attorney claimed that his client was the scapegoat and argued that Mr. Tsohatzopoulos was purposely appointed as Minister of National Defense to weaken him, after being defeated by Kostas Simitis in the race for PASOK’s leadership.

The defense attorney stated that in 29 years prior to his appointment in the Ministry of National Defense Mr. Tsohatzopoulos had faced no allegations of corruption as “he lived in a glass house, everybody knew him”. He then alleged that TOR-M1 scandal was orchestrated by Americans in an act of “revenge” against the Greek Ministry of National Defense.

The purchase of the luxury apartment on Dionisiou Areopagitou Street was a milestone in the media’s “vicious attack” against the former Minister. Mr. Pagoropoulos asserted that former PM Giorgos Papandreou was instrumental in the vicious attack against his client “because he had come between him and his father, Andreas” and other PASOK heavyweights such as Evangelos Venizelos and Haris Kastanidis. Mr. Pagoropoulos then argued that the trial has been rigged to convict Mr. Tsohatzopoulos in line with the government’s agreement with the troika.