Rain and high winds cause problems all over the country 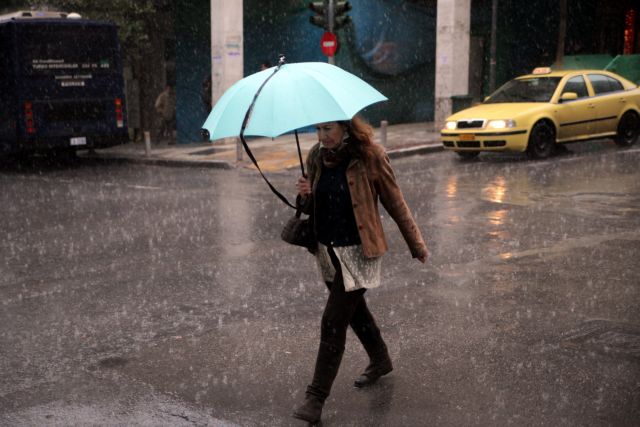 The abrupt change for the worse in the weather has caused many problems, especially in western and central parts of the country, with Fire Brigade and municipal services struggling to respond in some cases.

In northern suburbs of Athens the Fire Brigade received about 20 calls for fallen trees between 3:50am and 6am, and a further 15 calls afterwards. Due to the heavy rainfall and pooling, the traffic in many central streets came to a virtual standstill.

The heavy rainfall overnight in Patra caused problems, with the Fire Brigade being called out in the evening to rescue two drivers who were trapped in their cars from rising waters. Dozens of basements and ground-floor apartments and stores flooded, with the Brigade receiving over 80 calls to pump water. The Fire Brigade’s ten crews responded to 50 of the calls.

Likewise in Agrinio the rain flooded many homes, stores and basements and the traffic on the Acheloos bridge came to a standstill when the river swelled up.

In Lamia the problems were caused by the heavy winds, which uprooted an number of trees in the greater area around the city. In Xanthe the weather caused minor damages, including an extended power outage.

Municipal services in Kavala took to the streets early on in order to repair the damages caused by the bad weather and to clear up the streets from uprooted trees, dead animals carried over by the swollen river and debris from roofs and collapsed buildings. Mayor Kostis Simitsis claimed that the unprecedented damages were caused by heavy winds that resembled a tornado.