Omicron 2: 150% more contagious than the original variant – Not more dangerous

According to the British Health Insurance Agency, Omicron 2 is more contagious and may slow the pandemic. 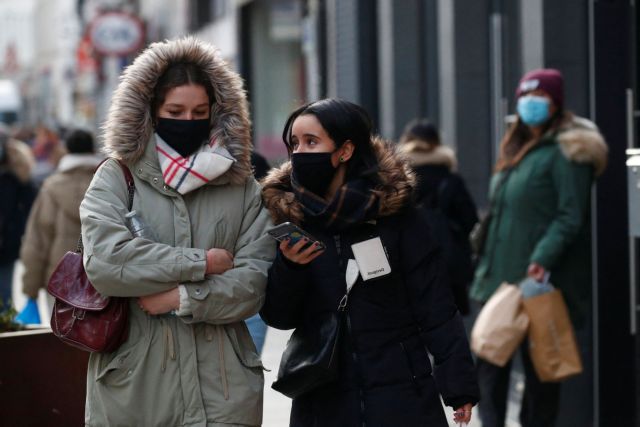 The Omicron sub-variant with the scientific name BA.2, also known as “stealth” or Omicron 2, which is constantly gaining ground in several countries, is not a cause for serious concern, as it is unlikely to “insidiously” create a new catastrophic epidemic. wave and change the course of the pandemic again. It does not appear to cause more serious illness or increase the risk of hospitalization, and the Covid-19 vaccine is just as effective against it as the previous variants, according to the British Health Security Agency.

But because BA.2 seems even more contagious than the original Omicron (one and a half times more than the dominant BA.1 subtype, according to Danish scientists), it can slow the decline in cases in much of the world and therefore prolong the duration of the pandemic. This is a brief overview of the scientific community for BA.2, according to reports in the New York Times and Reuters.

“It is possible that there will be a higher incidence in places where the pandemic has not yet peaked and a slowdown in their declining trend in areas that have already passed the Omicron peak,” said Dr. Thomas Peacock, a virologist at Imperial College.

BA.2 is one of the four “branches” of Omicron, along with the sub-variants BA.1 (dominant so far), BA.3 and BA.1.1.529. The first detection of Omicron was made in South Africa last November and after a few weeks it was realized that there were different versions of Omicron, each of which had some common mutations with the others, but also some mutations unique to each subspecies. The initial Omicron infections were related to BA.1, with BA.2 being rarer and BA.3 even more rare. The latter seems to have come from the infection of the same person with BA.1 and BA.2, with the result that their genes find an opportunity to mix and thus create a new “hybrid” variant of the coronavirus.

In the first phase, BA.1 surpassed the others with an incidence of 1,000 to 1. However, in recent weeks BA.2 has become more common in countries such as Denmark (where it now accounts for 65% of cases according to the Staten Serum Institute and the 82% according to virologist Trevor Bedford (of the American Fred Hutchinson Center), in Britain (where it is 9% and grows faster than BA.1) and in the USA (where it is at least 8% of cases and the percentage is also increasing rapidly).

“I’m pretty sure BA.2 will become dominant in the United States, but I do not yet know what that could mean for the pandemic,” said Yale University School of Public Health epidemiologist Nathan Grubaugh. He estimated that B.2 would not cause a new big wave, but Omicron’s cases will continue to decrease in the coming weeks, without ruling out a temporary increase, while B.2 is also likely to slow down.

Is there a risk of re-infection with Micron 2?

Omicron – in all its variants – is now the cause of almost all new coronavirus infections worldwide. On January 25, according to the genetic analysis of samples submitted to the international GISAID database, BA.1 was responsible for 98.8% of these infections.

A crucial question, currently unanswered, is whether those who have been infected with the hitherto dominant sub-variant BA.1 of Omicron are at risk of being infected with BA.2 or are protected against it. If not, then according to Dr. Egon Ozer, an infectious disease specialist at Northwestern University School of Medicine in Chicago, “there may be a double wave that will look like a camel’s back, but it’s still too early to tell.” . The good news, however, he stressed, is that “vaccines and boosters will continue to keep people away from the hospital and protect them from death.”