Editorial: From trauma to a fiasco 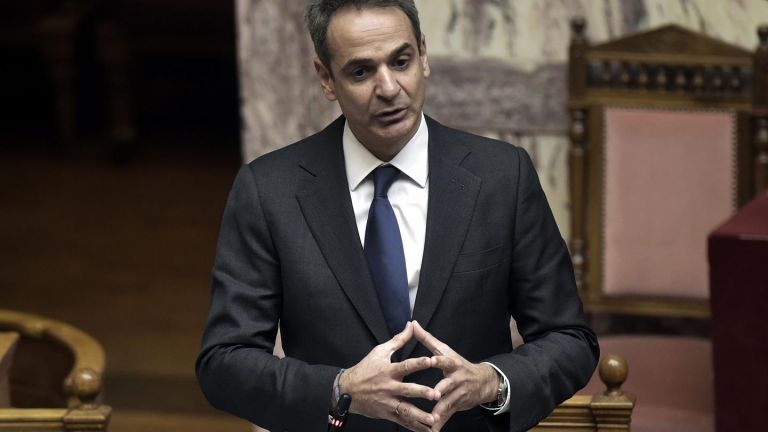 A problematic element in the reshuffle was the replacement of the health minister, Vasilis Kikilias, in the middle of a pandemic. That has not happened in any other European country.

According to Murphy’s Law, “Anything that can go wrong will go wrong.”

That adage appears to be haunting Prime Minister Kyriakos Mitsotakis and his government over the past weeks.

The catastrophic August wildfires revealed dysfunctions and deficiencies, and insufficient preparation for managing the threats that arise during hot Mediterranean summers. Undoubtedly, they left behind a gaping wound, seriously dented the image of the New Democracy government, and placed enormous political pressure on the PM.

That led him to announce a cabinet reshuffle with the clear aim of apportioning responsibility, placating the anger, and limiting the negative impressions stirred in public opinion.

However, it is clear that events moved rapidly in a climate of tensions and panic regarding the political damage caused. Decisions were not taken in a clear-minded fashion.

The evaluation of potential candidates for a ministerial post was undermined by previous impressions or by other objectives that motivated those who recommended or prompted the changes.

That is the only explanation for the series of changes in the government and for the PM’s decision to tap Admiral Evangelos Apostolakis (a former SYRIZA defence minister) to serve as the first minister in the newly-founded Civil Protection Ministry.

As well-meaning as they may have been, those who nominated Apostolakis, a div linked to main opposition SYRIZA, should have ensured the full [bi-partisan] acceptance of his appointment in advance.

In any event, this abortive appointment and the ensuing botched damage control created an unprecedented fiasco, left the PM even more exposed, and shook citizens’ trust in the government.

Meanwhile, the replacement and transfers of ministers seemed inexplicable and were not justified by their actions and record.

Former citizen’s protection minister Michalis Chrisohoidis, although they were not part of his remit, shouldered the entire blame for the management of the wildfires, and then was literally thrown into the rubbish been like a squeezed lemon.

Apparently, for quite a while, there prevailed the negative stance toward Chrisohoidis led by the PM’s advisor and nephew. Whichever stone one may unturn – from arms procurement to procurement for the public health system – one will find the PM’s advisor underneath, and for some inexplicable reason he wanted from the start to get rid of Chrisohoidis.

The reshuffle did not value the fact that the ex-minister’s initial appointment signaled a step towards the centrist segment of the political spectrum for the conservative government, nor was anything else valued.

Moreover, the PM’s choice of a successor seemed ill-suited for the demands of this period. It demands knowledge of the issues in his portfolio, which he is lacking, and a sense of international duties and contacts, which is also absent. The minister must have a spirit of leadership – which he lacks -in order to ensure continuity and discipline in the sensitive area of domestic security.

Another problematic element in the reshuffle was the replacement of the health minister, Vasilis Kikilias, in the middle of a pandemic. That has not happened in any other European country. This is all the more odd if one considers that the government until recently was boasting about the outgoing minister’s record.

The succession of outgoing minister Harry Theoharis by Kikilias also seems ungrounded. With Greek tourism’s positive performance this year, one cannot say that Mr. Theoharis failed. What is more, he had developed a relationship of trust with international investors who are prepared to invest in the tourism sector.

What are all these people to conclude? Instead of being rewarded, Theoharis was sacked. The explanation was that, “He [Theoharis] was good and we have no complaints, but the outgoing health minister could not have been left out of the government.”

One could cite more examples and the fact that ministers who have done absolutely nothing during their tenure retained their portfolios.

Now, the government is declaring that it is leaving behind the reshuffle fiasco and will focus primarily on the economy, an area in which it believes that it has an advantage and can perform beyond all expectation.

Unless, that is, it continues to be haunted by Murphy’s Law.