Mitsotakis – Politics requires you to be a manager and a leader 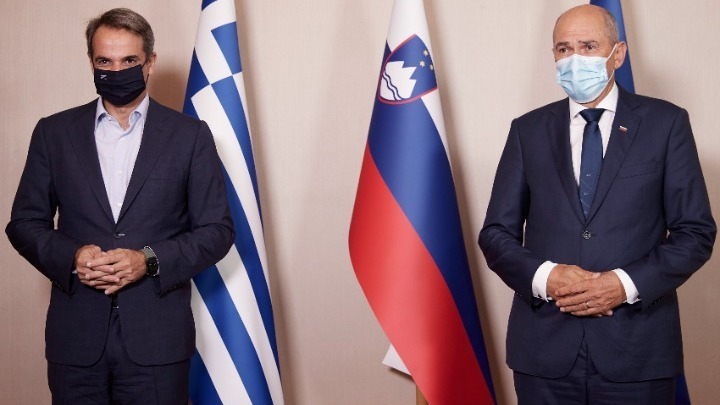 “Politics for me requires being a manager and at the same time a leader in order to solve problems and steadily manage crises, big and small. Today we need to produce results because that is what people expect from us. Being a leader means first of all telling the truth and occasionally making unpopular decisions. We are in this position and we have to make decisions that others are afraid to make about the political costs they may have. It must also be able to distinguish what is important and what is less important, with a view to the immediate future but also to what the long-term strategy requires. That’s the job of the politicians today. ”

This was emphasized by the Prime Minister Kyriakos Mitsotakis during his introductory speech at a panel in which he participates in the framework of the Bled Strategic Forum 2021, in Bled, Slovenia.

In another speech at the panel of the Bled Strategic Forum 2021, the Prime Minister, Kyriakos Mitsotakis stressed:

“I agree with what David Sassoli said about the ambitious agenda of reforming the European institutions, but I would kindly express my disagreement with his remarks about yesterday’s European Council decision at the level of prime ministers on Afghanistan. What we have made clear is that we do not want the uncontrolled and irregular wave of migration flows of 2015 to be repeated. agree on a common approach to immigration – refugees. But we agreed that there is a need to protect our borders, which we must do in a disciplined manner, with respect for our principles and international law. We must also, as Europe and European institutions, learn from our mistakes. And I believe that what happened in 2015 was wrong, we openly acknowledged it and we also recognized the need to further support the social dimension of the refugee in the case of Afghanistan but at the same time we send a clear message to traffickers and all those who exploit human suffering that they can not repeat what they have been systematically doing all these years. ”

The focus of the meeting at the Bled Strategic Forum

Specifically, Mitsotakis who is visiting Bled to particiapte in the Bled Strategic Forum 2021, met late Tuesday with this Slovenian counterpart Janez Jansa and early Wednesday with President Borut Pahor.

Mitsotakis referred to Greece’s efforts to address Covid-19 and the vaccination campaigns and pointed out the measures that Greece took for the protection of public health and the compulsory vaccination measures for those working in the health sector.

The top officials also discussed the new developments in Afghanistan and the results of the EU Interior and Justice Ministers meeting that was convened on Tuesday focusing on the possible migration flows.

Mitsotakis noted that it is necessary for countries near Afghanistan to be supported in order to ensure the support of the migrants.

They also examined the Balkans countries’ European prospect as well as the imminent EU-Western Balkans Summit that will be held on October 6.

Mitsotakis said that the European prospect of the countries of the region should be supported provided that they meet the necessary conditions.