Italy has an entrenched anti-vaccination movement and the recent discovery of clusters in hospitals after staff refused to have shots has sparked outcry in a country where more than 109,000 people have died of the disease. 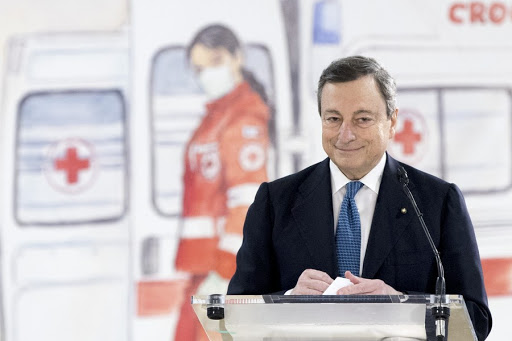 All health workers in Italy must have coronavirus jabs, the government has announced, in a potentially controversial move aimed at protecting vulnerable patients and pushing back against ‘no-vax’ sentiment.

Italy has an entrenched anti-vaccination movement and the recent discovery of clusters in hospitals after staff refused to have shots has sparked outcry in a country where more than 109,000 people have died of the disease.

However government critics have questioned the legality of forcing only some categories of workers into having a vaccine.

The  decree approved yesterday by Prime Minister Mario Draghi’s cabinet says health workers, including pharmacists, “are required to undergo vaccination”. Those who refuse could be suspended without pay for the rest of the year.

“The aim of the measure is to protect as much as possible both medical and paramedical staff and those who are in environments that may be more exposed to the risk of infection,” the government said in a statement.

The decree also introduces legal protection for those who administer the shots, a measure doctors and nurses had demanded after medics were placed under investigation for manslaughter following the death of a vaccinated man in Sicily.

Italy, whose vaccine campaign has been hampered by supply delays which have also hit other European Union countries, has pledged to reach 500,000 daily inoculations in April from around 230,000 at present.

Some 10 million doses have been administered here since late December, with around 3.1 million of Italy’s 60-million-strong population receiving the recommended two shots.

Italy has seen a resurgence in coronavirus infections and deaths over the last month and the government has tightened restrictions on businesses and movements to contain the virus.

Curbs are calibrated in the country’s 20 regions according to a four-tier, colour-coded system (white, yellow, orange and red) and are normally based on local infection levels.

The new decree said everywhere would remain a tougher red or orange zone until April 30, giving time for the vaccines to work. This means that restaurants, bars and gyms will remain closed and much regional travel will be banned.

However, in a concession to coalition parties that have complained about the lengthy restrictions, the decree said it will be possible to loosen some curbs in those areas which have a high vaccination rate and low infections.