Syriza is unable to discern the wager of Mitsotakis and his inner circle as regards the effectiveness of the symbolism of various cabinet picks for the next day. 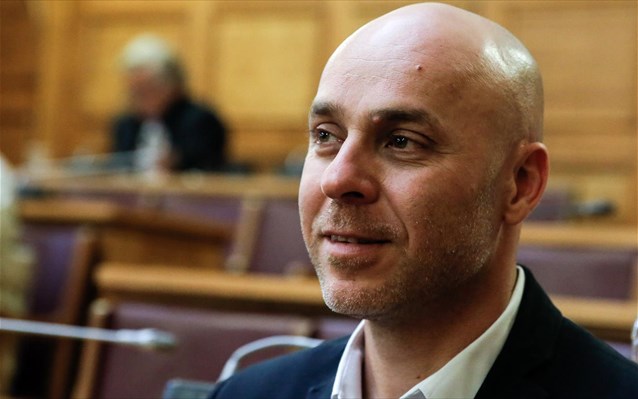 I must disagree with the always polite and low-key spokesman for main oppostition Syriza, Nasos Iliopoulos, as regards his reading of Prime Minister Kyriakos Mitsotakis’ cabinet reshuffle, which was announced today.

I will not focus on his decision to isolate and play up the transfer of former agriculture minister and Western Attica District MP Makis Voridis, whome he accused of being an exponentof the «extreme right», to the critical post of interiot minister.

In other word Mr. Iliopoulos insists, as is his right, upon a reading of the reshuffle, based on the political geography of the past.

He is unable to discern the wager of Mitsotakis and his inner circle as regards the effectiveness of the symbolism of various cabinet picks for the next day.

For example, it would be quite interesting to hear Mr. Iliopoulos’ view of the promotion of Mr. Nikolas Giatromanolakis from the post of general secretary to that of deputy minister for contemporary culture at the cultue and athletics ministry, or regarding the appointment of Ioannina MP Yiorgos Amiras to the crucial post of deputy environmental protection minister.

These are mere details, one might say. What can be the significance of two ministers in a cabinet comprised of 56 members?

The answer is that ostensibly minor moves can make a big difference on the political chessboard!

I would suggest that even this limited reshuffle is full of messages and symbolism.

Yorgos Amyras is not merely an MP from an electoral district many kilometres away from Athens. He has earned recognition among educated urban voters and in 2010 he caught people’s attention when, without the backing of any party, he garnered 7.5 percent of the vote in the first round of the Athens mayoral race.

It was an alternative, grass roots, green candidacy that represented a dynamic chunk of Athenian civil society-oriented voters.

Amyras participated in the founding of the Potami party and clinched a parliamentary seat in two successive elections – winter and autumn, 2015 – in the extremely competitive Athens Second Electoral District, thereby earning a position on the national political stage.

Today the dedicated cyclist and proponent of environmental protection and citizens’ rights has a place in the Mitsotakis government.

Giatromanolakis’ promotion constitutes recognition of his success as general secretary for contemporary culture.

Formerly a member of the Potami party, he is an experienced communications expert and a steadfast advocate of LGBTQ rights and that is where the signals and symbolism comes in.

Yatromanolakis is the first openly gay cabinet minister in Greek history and that is no small thing.

It is a bold, completely destigmatising move that sends a message to various quarters and to a broad segment of the political base, especially to the youth who have alternative approaches to politics who challenge the party-based monopoly on the defence of rights.

Both Amyras and Yatrolmanolakis could have been cadres in a European liberal reformist government in a country with directly proportional representation.

In a similar fashion Voridis could well have expressed a conservative party of the traditional right wing, just as Citizen’s Protection Minister Michalis Chrisohoidis and Digital Policy Minister Kyriakakos Pierrakakis would have fit in nicely in a European centre-left party.

In the third decade of the 21st century, all this belongs to the political geography of previous centuries.

Today the game of ideological and political descent and of political identity more generally has taken on a much more complex and interesting form.

The repercussions of the pandemic and of the environmental crisis wrought by climate change combined with the huge progress of science and technology and the digital transformation have fashioned an entirely different playing field as regards the governance of a country.

That means we need a new narrative and new readings of socio-political realities!