The heart of Hellenism is beating in Ohio State University 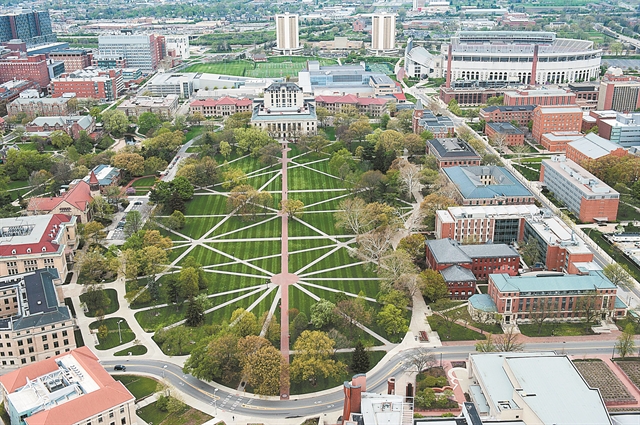 «For me, language is the only way to preserve culture. Greeks have a lot to say. To comprehend, however, the heart of Greece, we must have ears. Learning the language, we open the door to a new world, attractive in a lot of ways». 30-year-old Father Michael Manos, a second-generation Greek-American who currently serves in the Greek Orthodox Archdiocese of America as an assistant priest in Detroit, a graduate of the Department of “Modern Greek Studies” at Ohio State University, speaks to ‘Vima’ about the importance of  teaching the Greek language, both to diaspora Greeks and to foreign students. Father Michael did not grow up speaking Greek and after visits to the village of his grandparents, in the Karpenisi region, he realized that there exists a whole history, a world that, due to language, he had not known. This was the motivation that led him to the Department of “Modern Greek Studies” at OSU.

The occasion of our discussion is the establishment of the «Miltiadis Marinakis Chair of Modern Greek Language and Culture” at Ohio State University in June. For the record, the Department of Modern Greek Studies at the great American university had begun to decline, due to budget cuts, as is the case in many similar institutions around the world. OSU with the assistance of the local Greek community and Evangelos Marinakis and his family as lead donors, raised one million dollars, enough money to ensure the smooth running of the Chair.

A home away from home

For Giannis Kellis, the Modern Greek Studies Program was «like a home, away from home.» Born in Ohio, he moved with his family to Greece. He returned to the U.S. and chose to study Modern Greek, in addition to finance. He is now preparing for his postgraduate studies in London. «Modern Greek culture should be protected and admired, as well as any culture that is important for the roots of everyone. Securing funding for such programs is hugely important, because it allows students of all cultures and religions to come into contact with cultural heritage, language and civilization, thus perpetuating their existence.» 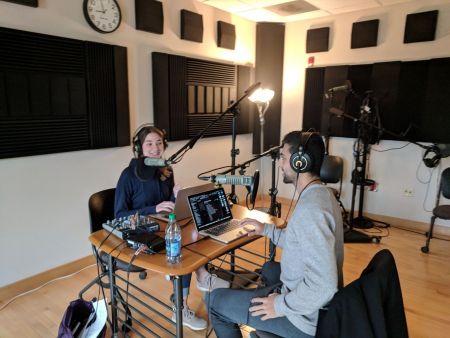 Emily Pandis and Yiannis Kellis on the history of shipping in Greece and the BRI on Ohio State University Greek Radio»
https://u.osu.edu/greekradio/2019/03/27/wednesday-march-27-2019-400pm-emily-pandis-and-yiannis-kellis-on-the-history-of-shipping-in-greece-and-the-bri/

Greek-American former fellow student Emily Pandis is now in her final year of graduate school in “Global Governance, Politics and Security” at the American University of Washington, while also working at the Hellenic American Institute. What does she remember from her daily life in the Modern Greek Program? «I would describe it in three words: rewarding, thought provocative and demanding. The courses I took allowed me to explore various aspects of Greek culture.» She talks about the conversations they had – from the «character» of the graffiti in the center of Athens and their cultural nuances, to the movie «Stella», to the struggle of the first Greek miners of the Diaspora who played a leading role in the rarely mentioned Landlow Massacre. «However, one of the most important lessons I took at Ohio State were the Modern Greek Radio sessions, where my classmate Giannis Kellis and I presented programs on bilingualism, multiculturalism, the importance of shipping in Greece, and the role of Greece at the global political scene».

The communities of the Greeks

The importance of a Chair for Modern Greek Language and Culture in the U.S. may seem self-evident for the Greek community. It is, however, also touching to hear the experiences of a graduate who has no blood relationship to Greece. Julia Schechter studied Modern Greek at the Department of Anthropology at OSU. She studied Modern Greek language for two years, reading Greek books, participating in discussions and group activities, attended many courses about modern Greek culture and writing, made live radio shows in modern Greek. Today preparing to study medicine – she points out the Greek roots of many medical and anatomical terms. 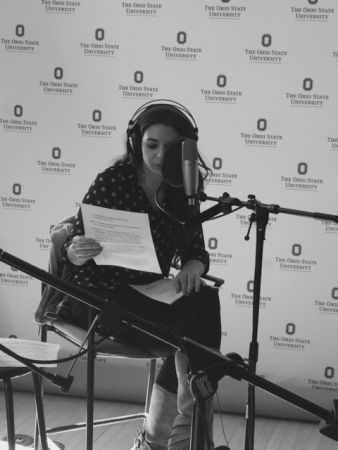 We ask her about Greek culture and its protection. «Cultures are fluid and constantly changing. Modern Greek culture, therefore, is constantly subject to the growing influences of globalization. Cultures are truly protected when practiced on a family and individual level. Young Greeks today must feel the responsibility to maintain their family traditions and pass them on to their children. As far as the Diaspora is concerned, Greeks have a unique way of forming meaningful communities wherever they emigrate. These reinforce the values and characteristics of Greek culture”.

How Alexis Zorbas changed their Lives

Gregory Jusdanis, Humanities Distinguished Professor at the Ohio State University speaks about his experiences teaching literature at the Modern Greek studies department and how Zorbas was the most popular topic in his classes.

“Former students of mine still talk of their pleasure in reading Alexis Zorbas by Nikos Kazantzakis in my classes. Some write me notes years later to tell me how the novel has changed their lives. Others communicate this to me in anonymous evaluation forms they complete at the end of the course. Moved as I am by this, especially at a time when the relevance of literature is put into question, I have come to understand the power of Kazantzakis’ novel for them.

I have often taught this work during my 33-year tenure at Ohio State, from small seminars of fifteen participants to large lectures of over 180 students. Since the vast majority of these students major in the natural and social sciences, nursing, engineering, or business, my class is probably the only course on literature they will have taken during their four-year career.  Many receive financial aid to continue their studies and some work up to 20 to 30 hours to support themselves. 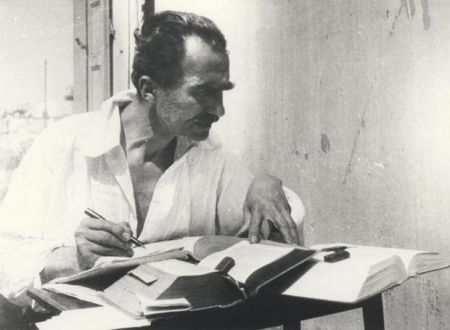 Why do so many young men and women of different social classes and ethnic and racial backgrounds continue to be fascinated by Alexis Zorba, a novel set on Crete in the early part of the twentieth century? First, I think they respond to the metaphor of the journey. Kazantzakis presents the main character as undergoing a great odyssey, searching for answers to large questions, such as the type of person he is, what he is going to do with his life, and how he is connected to wider philosophical issues.  Students are themselves engaged in these quests and they appreciate the way Kazantzakis synthesizes complex philosophical investigations in a way that is graspable and interesting.  This is perhaps the secret of the novel, that it puts philosophy into the service of character development and insight.

Students are not uncritical readers, however. Some are troubled by the shortcomings of the work, distressed by its portrayal of women and the gruesome murder of the widow at the end. But they see it in context as an imperfect novel that addresses their contemporary concerns through fascinating characters and relevant illustrations.  In short, they understand that the novel offers them an opportunity for vicarious experiences and life-lessons.

My hope in class is to open up literature to students who do not read novels, short stories, or poetry regularly. Kazantzakis’s work provides them with an opportunity to join someone else’s odyssey metaphorically and then harness insights from this literary voyage before undertaking their own.”