It is unclear whether some sort of negotiations on Turkey’s Aegean demands has begun in the context of bilateral meetings on confidence-building measures, which were revived last year by Erdogan and then PM Alexis Tsipras, 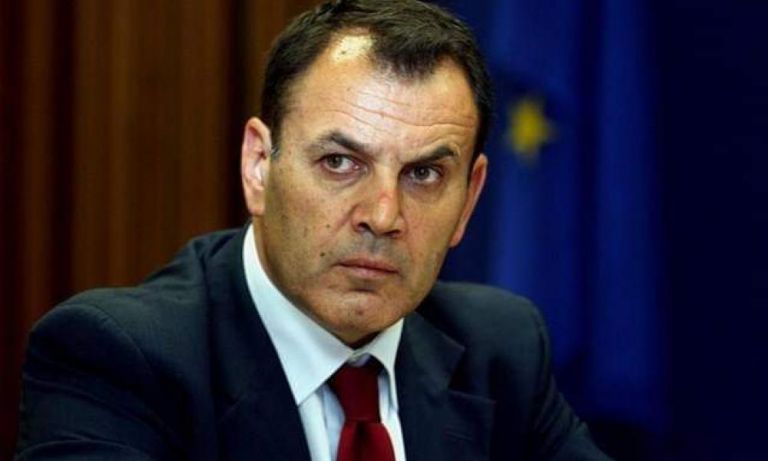 Defence Minister Nikos Papagiotopoulos denied the public statement of Turkish President Recep Tayyip Erdogan that Athens agreed with Ankara not to approach the Imia islets on the anniversary of the 1996 dispute over their sovereignty brought the two countries to the brink of war.

It is not just that Erdogan said that his defence minister, Hulusi Akar, would call Panagiotopoulos to thank him for keeping away from Imia – two adjacent Greek islets over which Turkey claimed sovereignty in 1996 and which neither side has since approached according to the terms of a deal brokered by US diplomat Richard Holbrooke of Dayton Agreement fame) which averted a war but clearly limited Greece’s sovereignty over the islets.

Pushing the envelope further, Erdogan declared that he would like to enforce such an arrangement on other islands the Greek sovereignty over which Ankara disputes, under a theory it calls “grey zones” – which means that existing treaties have supposedly not determined the sovereignty of islets and rock islets that Turkey claims.

Moreover, Ankara is now reviving a demand that 16 Greek islands in the Aegean be demilitarised under the terms of the Treaty of Lausanne.

Greece cites its right to self defence especially after Turkey invaded and occupied nearly 40 percent of the Republic of Cyprus.

All of Turkey’s positions have been articulated in the past but today they are being reiterated amid projections that the two sides may agree on a list of differences and petition the International Court of Justice (ICJ)  in The Hague.

It is unclear whether some sort of negotiation has begun in the context of bilateral meetings to decide confidence-building measures, which were revived last year by Erdogan and then PM Alexis Tsipras, but Ankara has intimated that it would sign with Greece a compromis to refer all Turkish claims to The Hague which no Greek government could endure politically as that would entail ceding sovereignty.

For decades Greece has steadfastly rejected the prospect of  no-holds-barred bilateral negotiation of Turkish demands, which has been the aim of both Turkey and the US for decades.

Both the US and Nato have longstanding equal distance policy as regards Greek-Turkish disputes.

Although Greece says that the only issue to be adjudicated is the delimitation of the two countries’ continental shelf and of their Exclusive Economic Zones (EEZ), it might agree to putting on the table the extent of the countries’ national airspace and territorial waters.

Under international law the area of a country’s airspace must match that of its territorial waters. Currently Greece has a 10-mile airspace based on an arrangement dating to the 1930s and six miles of territorial waters which under international law it can extend to 12 miles, an eventuality that would be a casus belli according to a 1995 decision of the Turkish Parliament.

Ankara reiterated that position in 2018, even though no Greek government has even considered such a move over the last decades.