In terms of voter intention, the spread between SYRIZA and New Democracy is 7.7 percentage points. 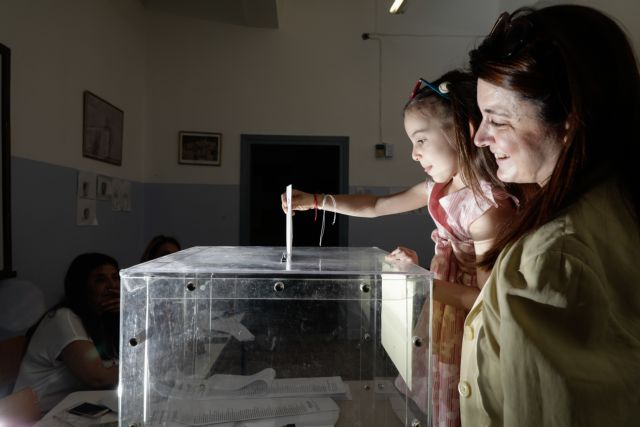 Greeks going to the polls to vote for the second round of the Local elections in Thessaloniki, Greece on June 2, 2019 / Πολίτες ψηφίζουν για τον δεύτερο γύρο των Δημοτικών Εκλογών, Θεσσαλονίκη, 2 Ιουνίου 2019
Share

New Democracy has gained ground over SYRIZA since its landslide victory in the 26 May European Parliament poll and now has a double-digit lead over the ruling party, according to the vote estimate in a poll that was released today by Metron Analysis and was ordered by Alpha television.

Notably, 52 percent of respondents preferred a coalition government while 45 percent expressed a preference for single-party rule.

The vote estimates for the six parties that are expected to cross the three percent threshold for entering parliament are:

In terms of voter intention of those who declared they have decided which party they will vote for, the spread between SYRIZA and New Democracy is 7.7 percentage points. The numbers are as follows:

The positive ratings of party leaders are as follows: