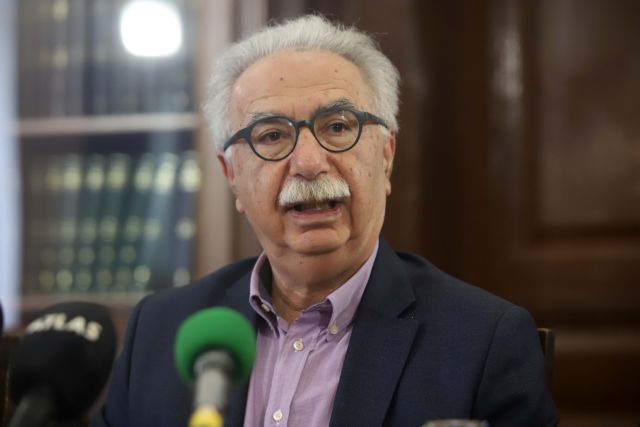 Education Minister Kostas Gavroglu will go down in history as the minister who literally demolished tertiary education in Greece.

With no plan, programme, studies, evaluation or consensus, he is proceeding to merge tertiary technical schools (TEI) with universities for purely petty partisan reasons.

His latest “accomplishment” is merging the Open University with the TEI of Western Attica, a merger which until now was not accepted by any university.

Despite the negative reaction from nearly the entire teaching staff, and in cooperation with the government-appointed president of the Open University, Gavroglu is merging two entirely different institutions.

One indication of the minister’s authoritarian mentality is that he went as far as to speak of university professors as “whisperers” who do not want among them TEI professors who have better credentials.

“Certain people don’t want teaching staff from TEIs – where those teaching are ten times better than university teaching staff – to get in their way,” he said.

Mr. Gavroglu decides and evaluates things single-handedly and ends up leveling everything.

The odd thing is that even as SYRIZA refuses to amend Article 16 of the Constitution so as to block the creation of non-state universities, the minister is essentially opening the way for their establishment, as there are plans to charge tuition for undergraduates at the new, merged university in the future.

Instead of concerning itself with necessary educational reforms and the upgrading of universities and TEIs, the government is motivated by ideological fixations and engages in machinations to merge institutions so as to better serve its opportunistic aims.

Our apprentice wizards with supposed knowledge of the practices of universities internationally blatantly disregard both the experiences of other countries and reality, because the only thing that interests them is satisfying their clientele and making patronage appointments.

That is the way they care for the younger generation and its future.