Editorial: Let us not become a jungle

It is absolutely necessary to coordinate multiple, targeted actions, which will take into account the best possible treatment of our addicted fellow human beings . 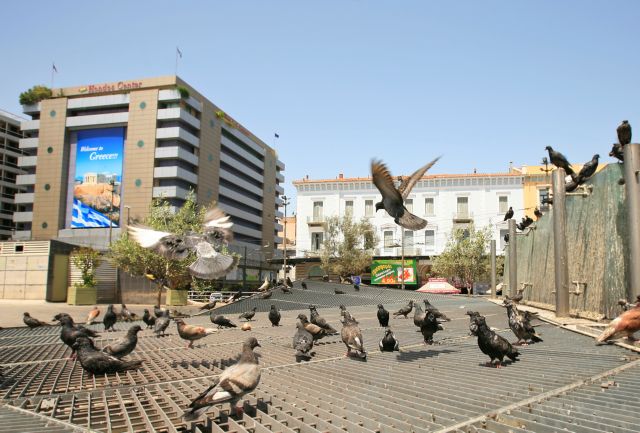 The tragic death of a young drug addict in central Athens, beyond the barbarity of the lynching of the man, and beyond the instincts of social discrimination, brought to the surface the huge impasse in dealing with drug users in the capital.

Hundreds ( perhaps thousands, as no one has really counted) of mainly young people wander the streets and squares in wretched conditions in search of a heroin hit, with no one caring about them.

It is a daily life of horror, with battered people trapped at the margins of society, which is confronted with the negative reflexes of large segments of society and the indifference of the supposedly responsible state. There are extremely few care facilities and even fewer detox centres, and we leave these outcasts of society to sink ever more into their dependency, and many times they are led to illegal actions.

Clearly, the handling of this huge problem is neither easy nor simple. It is primarily an issue of social and humanitarian policies, but it is also an issue of public health and security.

It is absolutely necessary to coordinate multiple, targeted actions, which will take into account the best possible treatment of our addicted fellow human beings and of the social problems that are created.

This requires political will, and not hollow proclamations without substance. There is enormous experience in many countries, and we can no longer afford to ignore it. Everyone – both competent officials and society – must understand that we are dealing with people who need protection and care, and who cannot be treated as waste to be thrown into the rubbish bin.

It is indeed tragic that we have been discussing this problem for years, and have not yet managed to increase the number of facilities, mainly at hospitals, that provide addicts with methadone, so that they will not have to resort to dealing with ruthless drug dealers or committing crimes.

The miserable phenomenon of drug addicts wandering the streets of central Athens should have been addressed long ago, with the creation of a centre of controlled and supervised use, as other capitals have done.

It is time at long last for competent officials, who have exhibited irresponsibility, to confront the issue, so that we do not mourn more victims.

This must be done swiftly, before we begin to witness to increasingly frequent incidents of unchecked violence, and before the law of the jungle prevails.