Slander, trampling on separation of powers is the mark of a fearful government

In no democratic states are governments above being publicly checked by the press, whose job it is to investigate and publish affairs that are believed to harm the public interest. 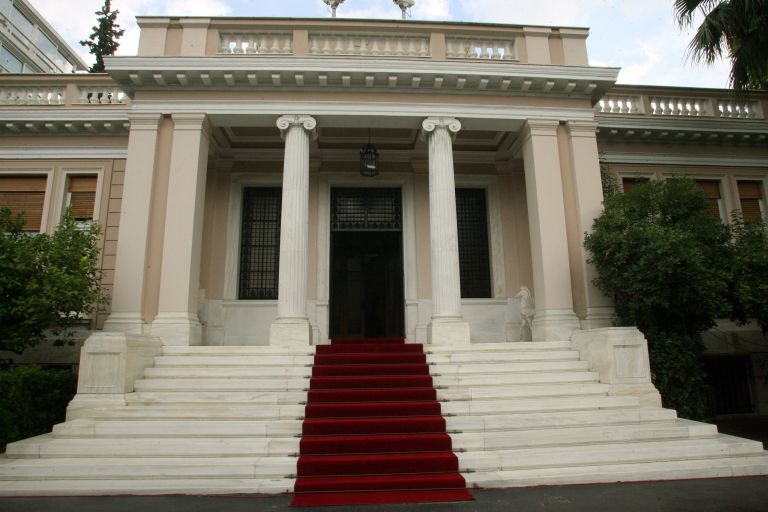 A businessman accused an advisor to Finance Minister Euclid Tsakalotos of requesting a kickback from the legal reward to which the entrepreneur was entitled after contributing to the uncovering and prosecution of a major tax-evasion case.

The charge was published on 22 April by To Vima, which sought clear answers from the government. The main opposition also requested an explanation, based on the report, and New Democracy MPs tabled a parliamentary question.

On Saturday, the newspaper Parapolitika published the testimony and evidence produced by the businessman.

Is it a scandal? In any democratic state around the world, such a charge would mobilise the government, which would either pledge to investigate or offer evidence to belie it.

In no democratic states are governments above being publicly checked by the press, whose job it is to investigate and publish affairs that are believed to harm the public interest.

No government is above public scrutiny. No government is justified in invoking a supposed moral advantage that it bases on its ideology, or on the good intentions of its cadres.

Those in power cannot be satisfied with invoking their good intentions. They are obliged to prove them. If a government considers a report about it exaggerated or groundless, it has a means to respond, above all to the citizenry. It belies with evidence the charges against it. Clear skies are not afraid of lightning, as has been demonstrated.

Instead of evidence that would prove the falsity of the charges, the PM’s office distributed a non-paper, in which it hurls insults and threats, and unabashedly calls shipowner Vagelis Marinakis a drug trafficker, even before a court hearing on the charges against him in the Noor 1 affair. The case preoccupied the press last summer, when junior ruling coalition partner and defence minister Panos Kammenos telephoned a man serving a life sentence, because the minister has a passion for truth, as the government claimed.

With its actions, the government has tried and irrevocably convicted the accused, offering him up to a public lynching over a case that the accused considers a conspiracy to personally harm him, his businesses, and his media outlets.

The institutional decline that the government is promoting is apparently bottomless. The Association of Judges and Prosecutors recently described the tireless government efforts to achieve “full subjugation and manipulation of the judiciary, so that it many operate not as an independent branch of government, but as a government mechanism”.

Because judges with their stance are proven guarantors of democracy and of the separation of powers, the government has no problem with overriding them. It tries and convicts whomever the prime minister likes from the dark chambers of the PM’s office and disseminates the verdict.

It is as if the independent judiciary in this country is merely an obstacle to the prime minister lynching whomever he views as an opponent. There is no principle of innocence until guilt is proven in this country, when the government convicts citizens as it likes.

Only terrorists are innocent until proven guilty for the authoritarian SYRIZA-Independent Greeks government.

How could any citizen protect himself from the government’s provocative contempt for the institutions, except for through publication and criticism, in the framework of the capabilities offered by freedom of speech?

Fortunately, a large segment of the press, print and electronic, and many reporters and commentators, are not subjugated to the SYRIZA-Independent Greeks political machine, and refuse to become anyone’s mouthpiece.