In a blistering attack on PM Alexis Tsipras’ right-hand man and Digital Policy Minister Nikos Pappas, the letter of resignation of Hellenic Space Agency (HSA) Chief Stamatis Krimizis accuses the government of a lack of transparency and meritocracy in running the new agency. 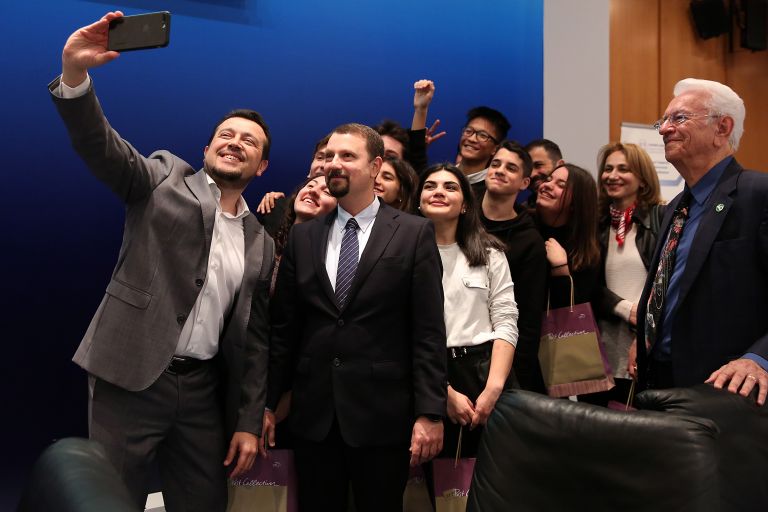 In a blistering attack on PM Alexis Tsipras’ right-hand man and Digital Policy Minister Nikos Pappas, the letter of resignation of Hellenic Space Agency (HSA )Chief Stamatis Krimizis accuses the government of a lack of transparency and meritocracy in running the new agency, over which Pappas wields political authority.

In an open letter of resignation, Krimizis wrote that there has been a need for a Greek space programme for three decades, but that two ministerial decisions this year “essentially annulled HSA’s reason for existence”, transforming it into an “untrustworthy bureaucratic structure that could be manipulated by any political supervisor”.

Krimizis says that the General Secretary for Communications and Post Offices, (Vasilis Maglaras, whom he does not name) “has assumed, with the tolerance of the minister, the role of “space czar” in Greece, “even though he has no knowledge or experience in this area”. “It seems that I am superfluous, as I will not accept to act as the mouthpiece of anyone”.

The letter charges that key parts of his remit, such as representing HAS at the European Space Agency (ESA) , were transferred to non-expert ministry employees.

“Unfortunately, conditions are being created which undermine what I call the three A’s (in Greek) – “Evaluation, Meritocracy, Excellence” – and render my participation impossible.

Krimizis says HAS was excluded by ministerial decision from the evaluation and management (funding distribution) of all space programmes of the ESA, and that this authority was transferred to select administrators of the general secretariat, “contrary to all international practice and any sense of logic”.

“The management of European Space Agency (ESA, to which Greece pays an annual contribution) programmes is a institutionally and essentially under the purview of each country’s space agency. The crucial nature, complexity, and economic magnitude of such programmes mandate the involvement of specialised and experienced personnel with a high level of prestige and knowledge. Any divergence is suspect, as it removes conditions of transparency. I say this as the only person who led a space programme at NASA that was completed absolutely successfully, earlier and less expensively than projected, with a return of funds to NASA,” the letter states.

Krimizis complains that the HSA was offered office space and the prospect of a new building at the prestigious Democritus National Centre for Scientific Research Centre, but instead was installed down the hall from Maglaras’ office, “for reasons I think are obvious”.

Hinting at possible improper financial interests, Krimizis said a 23.9 million euro microsatellites programme was announced without prior purpose studies, specifications, infrastructure construction plans, a realistic timeframe, and suitable personnel to implement it, even though it was announced that it would be completed in a short time.