Undoubtedly MP Katsikis was well aware that such an exchange would crudely trample on the rule of law in Greece, as it was the Supreme Court that issued an irrevocable ruling barring extradition of the eight Turkish officers. 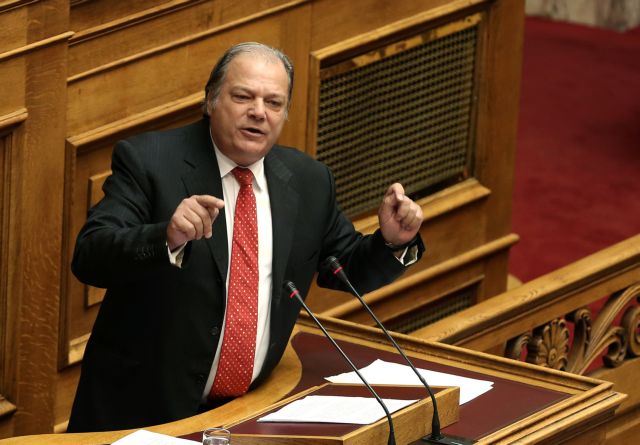 He may have retracted his statements after the uproar, but Independent Greeks MP Kostas Katsikis’ interview indicating that two Greek army officers in Turkey could be exchanged like hostages with eight Turkish army officers seeking asylum in Greece have raised questions about whether Katsikis was essentially putting out a trial balloon to open the way for a quid pro quo with Ankara.

The leader of Katsikis’ party, Defence Minister Panos Kammenos reportedly demanded that Katsikis retract his proposal, as indeed he did, but it is Kammenos who has all along referred to the two Greek officers as hostages, which directly implies that Ankara is using them to exact an important concession from Greece on some level.

There can be no doubt that Katsikis was well aware that such an exchange would crudely trample on the rule of law in Greece, as it was the Supreme Court that handed down an irrevocable ruling that the eight Turkish officers cannot be extradited to Turkey, because they could not be guaranteed a fair trial.

The main result was that Turkish media played up Katsikis’ statement as reflecting the Greek government’s position, as the Independent Greeks are the junior partner in Alexis Tsipras’ government.

In fact, neither his party’s leader nor the prime minister could ever support such an exchange, and both have publicly declared as much.

Top Greek and Turkish officials have repeatedly ruled out such an exchange, and indeed have stressed that they are not seeking it.

The Turkish media’s emphasis on the statement of an MP belonging to the ruling coalition, however, obviously cultivated that the impression that the Greek government is so desperate that it would even violate a ruling of the highest court in the land, or in any event is prepared for some type of concession to secure the release of the Greek officers.

Hurriyet, which particularly played up the remarks, later carried Katsikis’ explanation that he was describing a “hypothetical scenario”.

Still, the uproar over the issue in Greece and the extensive coverage in Turkey for the first time put an exchange on the table, which could open the way for a quid pro quo in some other case, naturally one in an irrevocable court ruling has not been delivered.

It should be noted that there are other Turkish citizens in Greece who have been accused by the Turkish judiciary of being terrorists and whose extradition has been blocked, but not at the highest level.

What made matters worse was the fact that Katsikis’ proposal – which he made clear would require finding a way to circumvent a Supreme Court decision – came on the heels of Turkish President Recep Tayyip Erdogan’s statements linking the two cases.

En route to Turkey from his summit with EU leaders in Bulgaria, Erdogan told journalists that the EU is demanding the release of the two Greek officers but it is not breathing a word about the eight Turkish officers who are accused of participating in the abortive July, 2016 military coup to topple him.