The fact that no trial date has been set two weeks after their capture is indicative of the foot-dragging of the Turkish judiciary in this case, which has de facto become highly politicised. 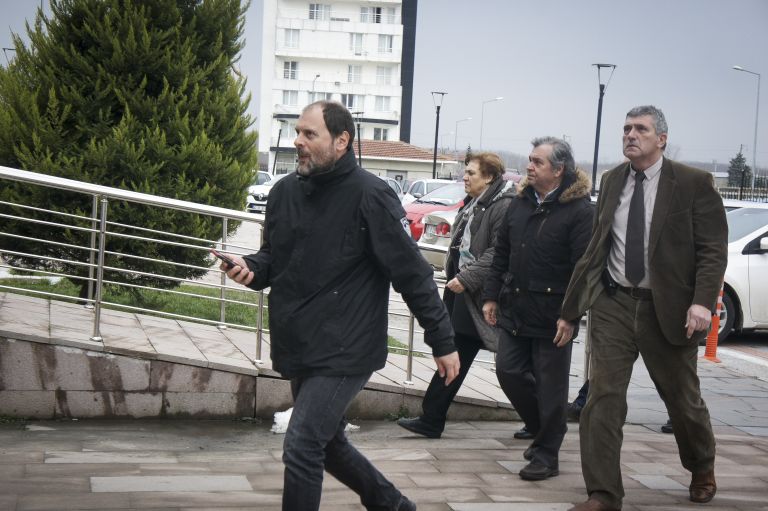 The news coming out of Turkey, from politicians to the judiciary, is not good for the two Greek army officers being held there, as all indications are that the Turkish justice system will exhaust all procedural means to extend their incarceration, and the agony of their families.

The fact that no trial date has been set two weeks after their capture is indicative of the foot-dragging of the Turkish judiciary in this case, which has de facto become highly politicised.

The next milestone in the case is 30 March, when the attorneys for the two officers have a scheduled meeting with the judge handling the case, in the city of Edirne.

The lawyers’ first request will be to allow the two Greek prisoners to be released from the top security F-type prison, possibly under a sort of house arrest at the Greek Consulate in Edirne, which the prosecutor had ruled out earlier, presumably because diplomatic missions are considered territory of the countries which they respresent.

Based on the fact that no evidence of military espionage or other unlawful activity was found on the cell phones of the officers – Angelos Mitretodis and Dimitris Kouklatzis – the Greek government is focusing its diplomatic efforts on stressing that officers of both countries at the Evros border region straying into the other’s territory is a commonplace event, and that is always handled immediately at the local level between the division commanders on both sides of the Evros border.

The prevalent view in Athens is that the imprisonment of the two officers will be dragged out until such time that the Turkish government agrees to a political solution, possibly with demands for a quid pro quo.