Putin to Hollande: “Tsipras asked to print drachmas in Russia” 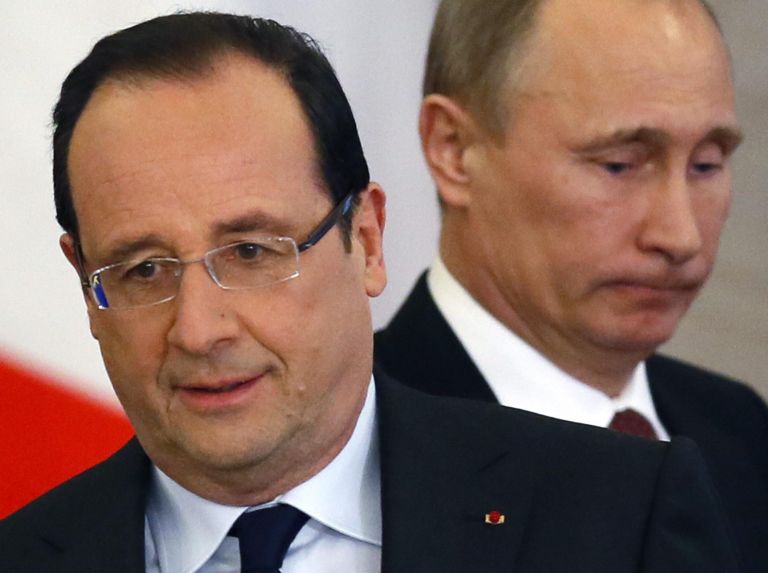 French President Francois Hollande has released a book where he also comments on Greece and his dealings with Prime Minister Alexis Tsipras.

In his book the French President alleges that he was contacted by Russian President Vladimir Putin, who informed him that the Greek PM has asked to print drachmas in Russia.

According to the French President, Prime Minister Tsipras made the request as Greece does not have the necessary equipment. The Russian President is also said to have added that this was something he did not support.

President Hollande later estimated that his Russian counterpart likely passed on the information so as to not be held responsible for pushing Greece out of the EU and because the ‘Grexit’ was a threat that must be avoided at all cost.

Sources from the Greek government responded and dismissed the French President’s claims, underlining that while talks took place between Greece and Russia, such a request was never made.