Greece is at the top of the Eurogroup agenda, with European officials stressing that… 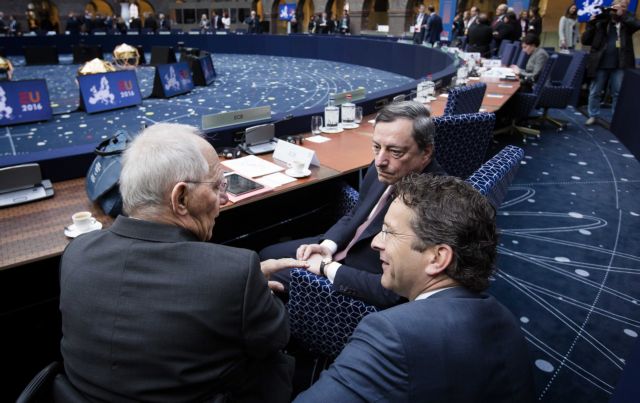 Greece is at the top of the Eurogroup agenda, with European officials stressing that Athens must forward with the implementation of the prior actions that are necessary for the disbursement of the next tranche worth 2.8 billion euros.

Upon arrival to the meeting, Eurogroup chairman Jeroen Dijsselbloem admitted that while there was ‘no time to lose’, some of the timetables agreed upon with Greece last summer were not entirely realistic.

The German Minister of Finance Wolfgang Schäuble appeared more reserved, noting that he is expecting the institutions’ report on the implementation of the agreement reached last summer.

According to the Slovak Minister of Finances Peter Kazimir, Greece has achieved a lot, however there is a lot more than needs to be done, while the Irish Finance Minister Michael Noonan expressed his hope that the Greek economy will continue to grow and overcome the crisis.